The world’s largest solar electric generating plant, California’s Ivanpah, which is owned by some of the country’s wealthiest investors, is applying for a $539 million federal grant in order to pay off the balance of its federal loan.

“This is an attempt by very large cash generating companies that have billions on their balance sheet to get a federal bailout, i.e. a bailout from us – the taxpayer for their pet project,” said Reason Foundation VP of Research Julian Morris, according to Fox News. “It’s actually rather obscene.”

The Ivanpah solar electric generating plant is owned by Google and renewable energy giant NRG, which are responsible for paying off their federal loan.

If approved by the U.S. Treasury, the two corporations will not use their own money, but taxpayer cash to pay off 30 percent of the cost of their plant, but taxpayers will receive none of the millions in revenues the plant will generate over the next 30 years.

“They’re already paying less than the market rate,” said Morris. “Now demanding or asking for a subsidy in the form of a grant directly paying off the loan is an egregious abuse.”

NRG looks at it differently. It told Fox News that it’s merely making use of the federal renewable energy grants that the Obama administration established.

“NRG believes in a clean and sustainable energy future and therefore participates in available government programs to develop and expand the use of clean energy to accelerate America’s energy independence,” it said, according to Fox, which reported:

Ivanpah is the largest concentrated solar power plant in the world. It was unveiled in February with great fanfare. Dr. Ernest Moniz, the U.S. Secretary of Energy, justified taxpayers’ investment at the time, saying, “We want to be technology leaders. It’s good for our economy and it’s also good for helping stimulate the global transition to low carbon.”

But after all the hoopla and promise of a brighter future, the plant didn’t live up to its expectations.

“According to the U.S. Energy Information Administration, the plant produced only about a quarter of the power it’s supposed to, a disappointing 254,263 megawatt-hours of electricity from January through August, not the million megawatt-hours it promised,” Fox reported.

And the reason the company gave was pretty basic:

A NRG spokesman blamed the weather, saying the sun didn’t shine as often as years of studies predicted. However by the four-year mark, NRG has “every confidence that the plant will function as anticipated for the life of the facility,” according to the company.

From this, I can only assume that the company predicts the weather in coming years will be four times more favorable for generating electric power than it was in the past.

Just another example that free markets reward success; subsidies reward failure. If the government continues to reward the project with free money, it will continue to fail. If, however, the investors use their own considerable funds, they’ll have an incentive to make it work.

Cartoon of the Day: Uncommon ground
Next Post
Video: Prager U on the most persecuted minority 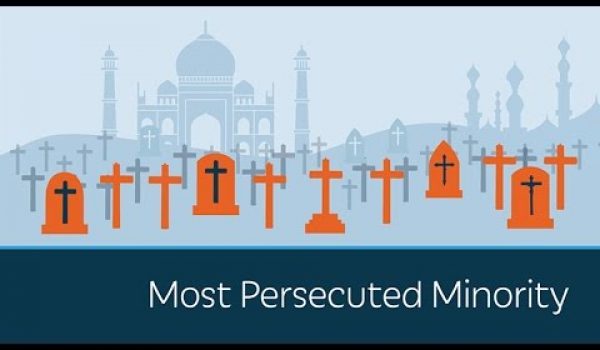