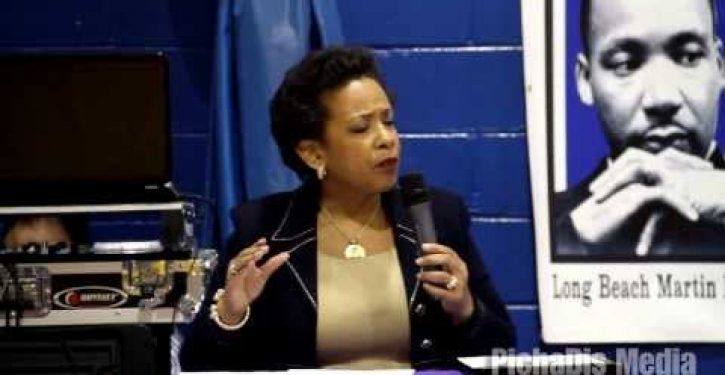 Eric Holder’s now-infamous observation that America is a “nation of cowards” when it comes to matters of race, which as Attorney General he acted on by dismissing an open and shut case of voter intimidation against the New Black Panthers, is now part of the public record. So is his arrogant and profane dismissal of lawmakers who justifiably held his feet to the fire over Fast and Furious.

While Holder’s belated departure from his job as top cop provides the nation with a chance for a cleansing breath, a report at American Thinker suggests it is unwise to inhale too deeply in the event Loretta Lynch is confirmed as the next AG. While her competence as head of the Justice Department won’t be known until she assumes that high government post, in one regard she is Holder redux.

The article’s author, M. Catharine Evans, notes that Lynch, in a speech last year at the Martin Luther King Center in Long Beach, N.Y., vowed to continue Holder’s work opposing voter ID laws. This should be viewed as a canary-in-the-coal-mine moment for the Senate in its confirmation hearing. Despite repeated denials from as high up as the White House that voter fraud exists, evidence that it does and that it is a major problem is overwhelming. See here, here, and here. The lie has been put to the claim, moreover, that voter IDs disenfranchise minorities by no less an authority than the NAACP. For a rally in North Carolina against voter ID laws, the civil rights organization required that attendees provide (wait for it) a photo ID!

As for Lynch, Evans writes that she asked the audience at one point, “What is it that makes you feel oppressed?” then asked, “Is it the prison of racism?” An awareness of and attempt to beat back the scourge of bigotry in all its forms is a laudable ambition for a U.S. Attorney General. But subscribing to the view that the nation is still in the era of Jim Crow is to ignore history. 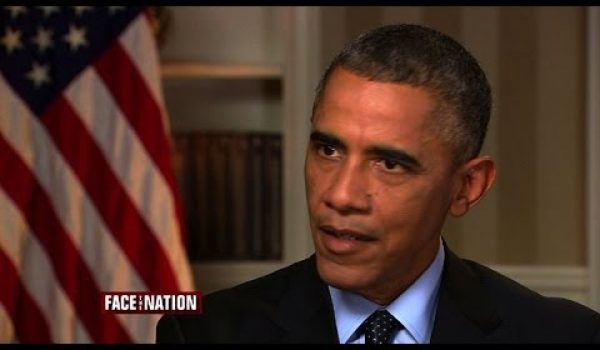