In what Richard Wolf, writing for USA Today, described as “a setback for the [Obama] administration and proponents of Obamacare,” the U.S. Supreme Court agreed Friday to hear what looks to be a significant challenge to the Affordable Care Act.

The first bite of the apple proved to be a bitter one for conservatives when, in June of 2012, Chief Justice John Roberts cast the deciding vote in a 5-4 decision to uphold the law’s individual mandate–the heart of Obamacare.

The current controversy centers on whether low and mid-income residents of those states that have not set up health care insurance exchanges are entitled to receive premium subsidies. A clear reading of the act indicates they may not. The IRS attempted to remedy the situation with a rule change rather than going through Congress to change the law itself.

Given that almost three-fourths of the states–36 in all–have opted not to set up their own exchanges and rely instead on the federal exchange at healthcare.gov, a ruling against the administration would be devastating.

Any ultimate ruling against the system of subsidies would blow a major hole in the law. Those subsidies make the private health insurance policies offered on the exchanges affordable to most Americans without employer-sponsored insurance plans.

If the subsidies are invalidated in 36 states, then many of the tax penalties imposed on employers and individuals for non-compliance with the law also would be eliminated. Employers pay a penalty when their workers get subsidized on the exchange. Individuals get penalized if they don’t buy affordable insurance, but the subsidies often are what make it affordable.

The Affordable Care Act provides that subsidies will be offered in exchanges “established by the state” — not the federal government.

White House press secretary Josh Earnest claimed that a “common sense” reading of the act would indicate that persons in every state would be entitled to subsidies.

“This will work its way through the legal process,” Earnest said at Friday’s press briefing. “We continue to have high confidence in the legal argument, as a legal matter but also from a common-sense perspective.”

But the law and common sense aren’t always on speaking terms. The true test is what did those drafting the legislation intend the law to provide.

When this first became an issue in July, Jonathan Gruber, one of the act’s senior architects, told MSNBC “Hardball” host Chris Matthews that the language was a mere “typo,” according to an earlier Liberty Unyielding article.

Chris, it is unambiguous this is a typo. Literally every single person involved in the crafting of this law has said that it`s a typo, that they had no intention of excluding the federal states. And why would they? Look, the law says that people are only subject to the mandate if they can afford insurance, if it`s less than 8 percent of their income. If you get rid of these subsidies, 99 percent of the people who would get subsidies can no longer afford insurance, so you destroy the mandate. Why would Congress set up the mandate and go through all that political battle to allow it to be destroyed? It`s just simply a typo, and it`s really criminal that this has even made it as far as it has.

However, almost three years earlier, Gruber claimed the language restricting subsidies was intentional. He said it was included to get states that hadn’t yet set up exchanges to toe the line.

“What’s important to remember politically about this is if you’re a state and you don’t set up an exchange, that means your citizens don’t get their tax credits” he told a gathering at Noblis Network, a nonprofit research corporation headquartered in Falls Church, Va. “But your citizens still pay the taxes that support this bill. So you’re essentially saying to your citizens you’re going to pay all the taxes to help all the other states in the country.”

Case Western Reserve University law professor Jonathan Adler, who helped conceive of the challenge, said it’s really a matter of Congress saying what it means, and meaning what it says.

“The law is what Congress enacts, not what the administration or others wish Congress had enacted with the benefit of hindsight,” he said, according to USA Today.

More Holder emails, including one that invites critics of Fast and Furious to ‘kiss my a**’
Next Post
Video: ‘Where Dems went wrong’ explained in under 3 minutes 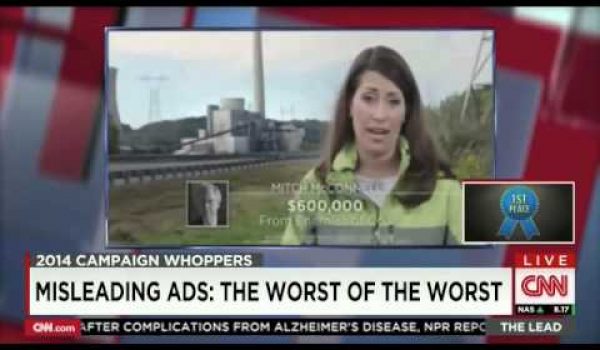