Barack Obama is a lot of things, some of which can’t be mentioned on a family blog. One thing Obama is decidedly not is apolitical. Starting with the advice of his longstanding pal and former White House chief of staff Rahm Emanuel, who said “You never want a serious crisis to go to waste,” through countless Friday document dumps, Obama has never missed a chance at politicizing an issue.

Which makes the lede paragraph of an article yesterday by veteran Washington Post reporter David Ignatius a true head scratcher:

President Obama looked almost relieved after Tuesday’s election blowout. A man who has been perhaps the least political president in modern U.S. history doesn’t have to worry about elections anymore. [Emphasis added]

There’s more in the article that is noteworthy, including Obama’s observation that “at the end of my presidency, I’ll say, we played that fourth quarter well.” But it’s hard topping that assessment by Ignatius.

Former Bush Press Secretary and current Fox News host Dana Perino couldn’t quite get over it, tweeting this morning:

A syndicated columnist writes that the president has been the least political in modern history. No wonder the DC bubble can’t be popped.

And she was not alone in her incredulity. Some of the responses to her tweet via Twitchy follow:

A syndicated columnist writes that the president has been the least political in modern history. No wonder the DC bubble can’t be popped. — Dana Perino (@DanaPerino) November 7, 2014

@DanaPerino And then the Kool-Aid guy burst through the wall.

@DanaPerino It’s the holiday season. The press corps all want that party invitation.

Photo of the Day: This picture got 195K ‘likes’ on Facebook, but why?
Next Post
Hickenlooper staffer caught flipping the bird during election victory speech (Video) 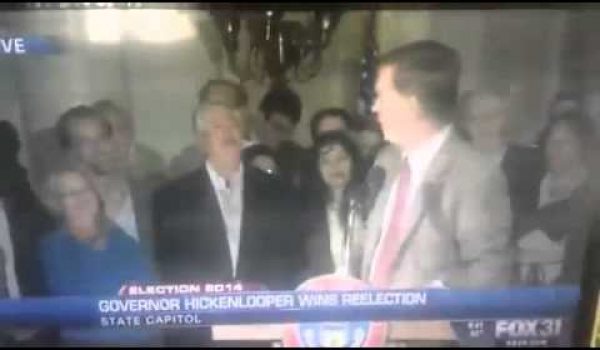