On Tuesday, voters approved increases in state-level minimum wages in four states (Alaska, Arkansas, Nebraska, and South Dakota), although to levels less than the increase in the federal minimum wage sought by Obama (to $9.75 in Alaska, $9 in Nebraska, and $8.50 in Arkansas and South Dakota). Voters in the City of San Francisco voted to raise the minimum wage to a whopping $15 per hour from the current $10.74 (to a level even higher than what Obama wants at the federal level).

As National Review notes, “In February, the Congressional Budget Office concluded that a higher wage floor would have significant disemployment effects” by increasing unemployment.

As economics professor Mark J. Perry notes, minimum wage increases drive up unemployment among teens, knocking some of them off the bottom rung of the economic ladder. Quoting economist Kevin Erdmann, he notes that “in every episode” in which the minimum wage increased over the last 60 years, “except 1996 (which is the smallest hike relative to average wages), there was a distinct decline in the trend of teen employment, over the period of time covering from a few months before the initial hike until a few months after the follow-up hike.” Recent research published by the National Bureau of Economic Research arrives at similar conclusions. Similarly, as I once noted in The Washington Post, studies show “young workers disproportionately lose their jobs in response to minimum wage increases.”

This increase in unemployment, recognized by the CBO and most economists, is contrary to false claims by journalists like Kevin Drum of Mother Jones, who argues that there is an “almost unanimous consensus” among economists that minimum wage increases “don’t have any noticeable effect on unemployment.” Similar false claims get peddled by liberal newspapers to the electorate when they endorse ballot initiatives to increase the minimum wage, leaving voters with the misleading impression that minimum wage increases are a free lunch.

But they are not: they impose very real costs on consumers, employers, and workers. Minimum wage increases drive up the price of items purchased by people of modest means while harming the least skilled workers.

In Austin, Texas, 57 percent of voters rejected Proposition 1, which would have funded a $1.4 billion, 9.5-mile light rail line, in addition to $400 million in road intersection improvements. Randal O’Toole of the Cato Institute produced a devastating review of the so-called “Project Connect.” Project Connect was so nonsensical that the light rail boondoggle was even opposed by numerous transit advocates.

In Seattle, Washington, voters rejected Citizen Petition 1 by over 80 percent, which called for creating a $5 car-tab tax that would be used to spend $2 million annually on a “Century Transportation Authority,” which would have served as a government-sponsored monorail booster.

Finally, in Pinellas County, Florida, a proposed $2.2 billion Greenlight Pinellas transit package, which included a $1.6 billion, 24-mile light rail line that would have connected St. Petersburg to Clearwater by increasing the sales tax from 7 to 8 percent, was rejected by 62 percent of voters. Despite every major government, corporate, and media entity in the Tampa Bay region loudly supporting Greenlight Pinellas, voters recognized the high-cost, low-value proposition posed to them and acted accordingly.

Police arrest 90-year-old WWII vet and 2 pastors for feeding the homeless
Next Post
Let the rationalizations begin: ‘There was no Republican wave’ (Video) 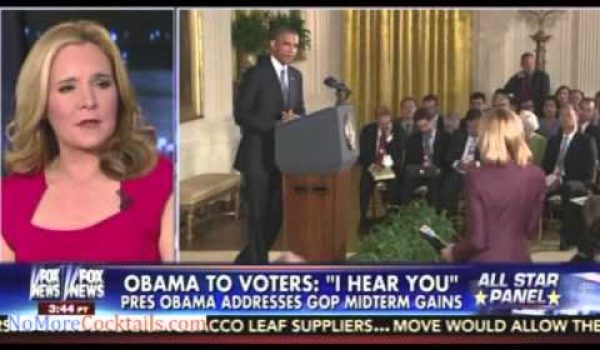