Because how could we ever get along without a daily dose of that reedy, papery voice bitching and moaning about the evil Koch brothers, even as his own Senate Majority PAC outspent the Kochs many times over.

According to The Hill, Reid, never quite content to remain in the background, said last month that he “would keep his post as Democratic leader regardless of the elections’ outcome.” Adam Jentleson, a spokesman for the 97-year-old soon-to-be-ex Majority Leader, vowed “Senator Reid will run for minority leader.”

But not all is well in Reid Land:

Some Democrats privately predicted before this week that Reid might feel some pressure to step aside if his party stumbled badly in the midterm. Republican candidates around the country made his leadership an issue, and “Fire Harry Reid” became their rallying cry.

Sen. Charles Schumer (N.Y.), the third-ranking member of the Democratic leadership, is Reid’s most likely successor but sources close to him say he remains intensely loyal and will not wage a challenge.

Unless Reid decides on his own that it’s time for a fresh face atop the Senate Democratic leadership, the job of Senate minority leader is his.

Reid declined during a press conference before the election to say whether he would stay on as Senate Democratic leader if his party lost control of the chamber. He predicted at the time that Democrats would keep their majority. 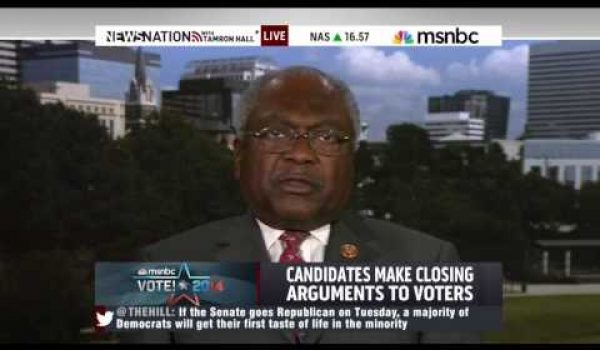 The Democrats’ loss of Senate control had to be because of racism (Video)
Next Post
Vote here? Washingtonians did — and elected a dead man to their state legislature