Over the past few days, both the Canadian prime minister and the NYC police commissioner have unequivocally identified lone wolf attacks by Muslims as terrorism.  (President Obama, meanwhile, only uses the word terror as a potential explanation subject to a well-worn string of caveats: more information, ongoing investigations, waiting for additional facts.)

Why are these attacks increasing now?  Al Qaeda consistently, over the years, called for “lone wolf” attacks, and nothing much happened.  But Al Qaeda demonstrated an inability to control territory, a weakness that ISIS has taken advantage of.  The rise of ISIS sympathizers and newfound allies is a function of the perception that ISIS is winning important victories.  Taking territory, declaring the Caliphate, even creating a sense of impending victory on a larger stage.  That sense could be transitory, but for the moment, it is a flag to follow.

Everyone, including jihadists, wants to be on a winning team.  So far, ISIS is the winningest team they’ve seen in a while; hence, the motivation for and actualization of “lone wolf” attacks.  Being urged to attack from a cave or a basement in Pakistan is very different from being urged on by the self-anointed leader of the long-awaited Caliphate, with the semblance of an actual army behind him.

In addition to the ISIS, surge there is also the issue of psychosis and the enabling offered by Islamist ideology to those on the brink.  Like nine-year-old girls?  It’s okay; Mohammed did.  Beheadings? Same justification.  Suffer from violent tendencies?  Want to kill the unbelievers?  Desire your place in a male-dominated society with women as chattel, and Islam is for you.

There is no guaranteed “solution” to this lone wolf problem.  There is no possibility of identifying all who fit the pattern of unquestioning belief, or aspire to such belief as cover for a preexisting psychosis.  If Facebook postings become a path to identification by authorities, you can be assured that the jihadist infrastructure and communication network will advise ending Facebook communication.  The tactics will change.

The “lone wolf, self radicalization” discussion ignores the true nexus of radicalization: mosques where the path to radicalization is facilitated and encouraged, if not directly motivated, under the cover of religious freedoms.

“Lone wolfs” will take heart from the attacks of this past week.  The jihadist public relations machine will celebrate their place in paradise, reinforcing a culture that embraces death over life.  The most conservative estimate of radicalized Muslims in America is 5%, which equates to somewhere between 200,000 and 250,000 radicalized American Muslims.  Similar numbers exist in Canada.  Those numbers do not even account for Muslims from oversees who have crossed U.S. borders illegally.

The “lone wolfs” are not alone.  There is a wide variety of support mechanisms: online radicalization, mosques, underground cells, or the reported 35 Muslims of America training camps led by radical Pakistani cleric Sheikh Mubarak Gilani (of the group Jamaat ul-Fuqra).  All of them carry the same essential messages, and all preach violent jihad and the requirement that Muslims engage in defensive jihad.  (Defensive jihad is an obligation for all Muslims and “defensive” carries a fluid definition that tends to expand based on circumstance.)

So long as ISIS maintains its march through Syria and Iraq, with Jordan possibly next on the horizon, true believers and the disenfranchised will take that as motivation to get in the game.  The numbers are not staggering, but they don’t have to be to damage thousands of innocents. 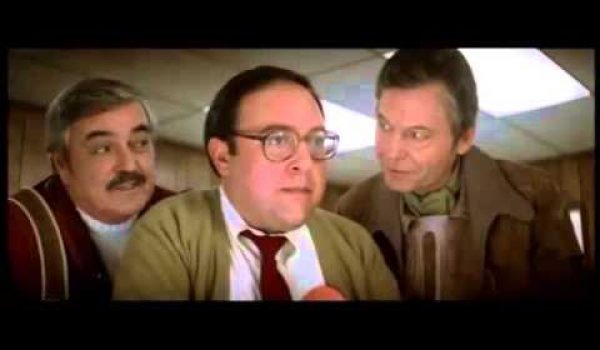