The National Journal is reporting that the White House and Senate Democrats are at war. Their relationship hit a new low Tuesday evening after the administration’s press office released a transcript of first lady Michelle Obama’s appearance in Iowa on behalf of Democratic Senate candidate Bruce Braley. As I realized when I opened my email box in the morning and saw the original transcript of Mrs. Obama’s address, there was a big mistake in the email — the subject line referred to Braley as the “Democratic candidate for governor.”

The botch came after the first lady repeatedly referred to the Democratic Senate nominee as “Bruce Bailey” in a campaign appearance earlier this month — and it took an attendee in the crowd to correct her mistake. On Tuesday, she made light of the incident, reminding the audience she messed up his name last time and joking that she sometimes calls Barack Obama “Bo.” But the self-inflicted errors continued after her speech with the White House press shop’s email. At midnight, two hours after the initial press release, the White House issued a corrected e-mail that reflected his accurate title.

Indicating the sensitivity of the mistake, top Senate Democratic officials wasted no time lashing out at the Obama administration’s political team in response, suggesting it was acting like a junior varsity operation two weeks before the midterms. The slipup comes one day after President Obama told Rev. Al Sharpton on his radio show that Senate Democrats keeping their distance from him are still “folks who vote with me. They have supported my agenda in Congress.” That alarmed Senate Democrats up for reelection this November, most of whom are working hard to distance themselves from an unpopular president.

To Senate Democrats, the president is like Lord Voldermort: “He who must not be named”:

“The ineptitude of the White House political operation has sunk from annoying to embarrassing,” one senior Senate Democratic aide told National Journal. Another Senate official told the Washington Post that Obama’s comments were “not devised with any input from Senate leadership.”

Now why would they expect their political operation to be any better than the economic or foreign policy operation. When you think about it, the only part of the White House working correctly is the cover up the scandals operation.

Tweet of the Day: Obama remembers Ben Bradlee with picture of guess who?
Next Post
Belligerent liberal activist captured on video stuffing ballot box in AZ 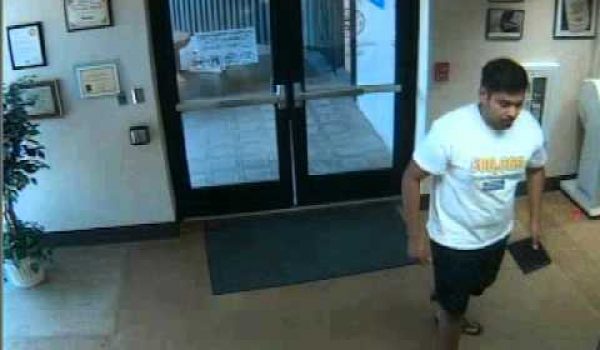