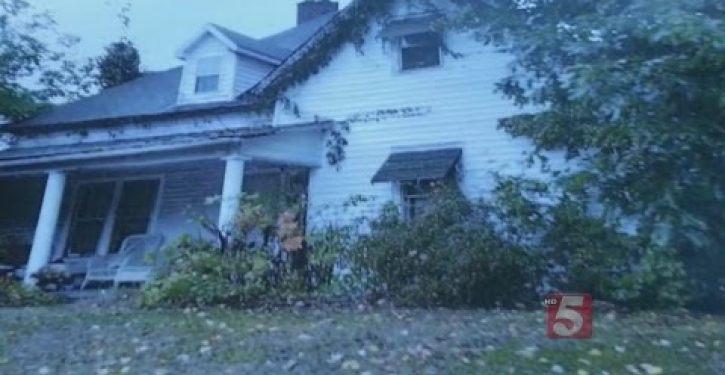 An East Tennessee woman is headed to the hoosegow for something most homeowners are guilty of from time to time — falling behind on her yard work.

Lenoir City resident Karen Holloway said the brouhaha began during the summer when she received a citation for not properly maintaining her yard, according to Knoxville CBS affiliate WVLT Local 8 now.

“With my husband going to school and working full time, me with my job, with one vehicle, we were trying our best,” she told the station.

Although she agrees that her yard isn’t what it could be, she thinks the jail time is a bit much.

“[The bushes and trees] were overgrown. But that’s certainly not a criminal offense,” she said.

Criminal or civil, it made no difference to municipal judge Terry Vannm, who slapped her with a five-day jail sentence last week. Local 8 News reported:

On Tuesday, Holloway made a final appeal before Vann, who reduced her sentence to six hours. But he admitted she’s not a criminal, and says this isn’t a criminal case.

Holloway offered to do five days of community service instead of the jail time. But Vann refused, insisting she serve time.

Holloway turned herself into the jail at 5:00 p.m. Tuesday.

“I feel like I’m being bullied,” she said. “This opens a floodgate to everybody in Lenoir City being put in jail for silly things.”

Holloway says she’s been cited by code enforcers in the past, while her husband was serving overseas in the military. She says she fell behind on the yard work again this time because of personal, family issues.

Judge Vann set a follow up hearing for November to check up on the progress. He suggested he might add on more jail time if the city isn’t satisfied with the clean-up.

And I thought the condo cops were bad. Watch the report via WVLT’s sister station, CBS News Channel 5 from Nashville.