Last month, California Governor Jerry Brown signed into law a bill regulating college students’ romantic lives, which I discussed earlier. This misleading “affirmative consent” law, SB 967, appears to require “agreement” to each form of “sexual activity” a couple engages in on campus, without defining what “sexual activity” is. In the words of one of its supporters, it thus requires “state-mandated dirty talk” during sexual encounters. (Some colleges with “affirmative consent” policies classify even ordinary “kissing” as “sexual activity” that can constitute “sexual assault,” notes Ramesh Ponnuru at Bloomberg News, while other colleges define it to include little more than sex and penetration.  Colleges have since adopted rules modeled on SB 967 stating that consent to one activity cannot imply consent to other activities, potentially requiring people to engage in a series of discussions as they move from kissing to foreplay to sex).

This “agreement” requirement is misguided: There are lots of things in this world that I like, and view as consensual, that I never “agree” to, such as when my daughter suddenly hugs me without asking for permission, or my co-workers surprise me by leaving a snack on my desk. “Agreements” are for dry legal contracts, not warm, spontaneous human interactions. But now, you have to reach on “agreement” on everything, which could lead to some very uncomfortable conversations in the bedroom.

Ezra Klein, a former Democratic operative and leading supporter of the new law, says it will define as guilty of sexual assault people who “slip naturally from cuddling to sex” without a series of agreements in between, since

It tries to change, through brute legislative force, the most private and intimate of adult acts. It is sweeping in its redefinition of acceptable consent; two college seniors who’ve been in a loving relationship since they met during the first week of their freshman years, and who, with the ease of the committed, slip naturally from cuddling to sex, could fail its test.

The Yes Means Yes law is a necessarily extreme solution to an extreme problem. Its overreach is precisely its value. . . .

If the Yes Means Yes law is taken even remotely seriously it will settle like a cold winter on college campuses, throwing everyday sexual practice into doubt and creating a haze of fear and confusion over what counts as consent. This is the case against it, and also the case for it. . . . men need to feel a cold spike of fear when they begin a sexual encounter. . . To work, “Yes Means Yes” needs to create a world where men are afraid.

It is simply malicious for the law’s supporters to celebrate such “fear and confusion.” Not to mention unconstitutional. It is hard to explain in language fit for a family newspaper what supporters of the law want to require in the bedroom, so I will just quote from a supporter of the law, commenter Sveinbjorn, at New York Mag:

What this really entails is a bit of state-mandated dirty talk, that is all. People will get used to it.  . . .I can think of 50 different ways of getting verbal consent without ruining the mood. None of them are fit to print.

Would you like it if your husband asked you “may I massage your clitoris” or “may I touch your breast” before doing so?  No, chances are you wouldn’t.  When such touching is actually welcome, no possible purpose is served by requiring an “agreement” as well (especially one that is inherently graphic and sexually explicit). Such explicit discussion can be more discomfiting even than an unwanted touching. One of my female relatives experienced sexual abuse as a minor, and is especially uncomfortable with graphic sexual talk in the bedroom as a result. But people will now be subjected to it whether they like it or not, if their partner wishes to avoid the specter of being classified as guilty of “sexual assault.”  Constitutional privacy rights should forbid such a state-mandated intrusion in the bedroom.

Such “state-mandated dirty talk” should also be recognized as violating the First Amendment freedom from compelled speech, recognized in the Supreme Court’s 1977 Wooley v. Maynard decision.

SB 967 could also lead to violations of the Fourteenth Amendment ban on sexual harassment by state governments, recognized in federal appeals court rulings like Bator v. State of Hawaii and Hayut v. State University of New York, which forbid the government, and state officials, from creating a sexually hostile environment.  It could create a sexually-hostile educational environment for both men and women.  It could do so for men, judging from the admissions of its supporters like Ezra Klein, by “creating a haze of fear and confusion” and “cold spike of fear” for men.  It also subjects women (and some men) to “unwelcome” verbal “conduct of a sexual nature,” by requiring their partners to quiz them about sexual activity they don’t mind doing but do mind discussing.  (There are any number of things my wife likes doing, but doesn’t want to discuss).  Such state-mandated action is objectionable under the Supreme Court’s decisions in Truax v. Raich and Peterson v. City of Greenville, which make clear that when the government requires a private entity to do something, the resulting action can be constitutionally challenged even when the action would have been perfectly constitutional if done voluntarily without state meddling.

Such sexual harassment and intimidation violate the civil rights laws — even when the victims are male. Thus, a sexual-harassment and “diversity training” seminar that insulted males was ruled by a judge to support a sexual harassment lawsuit in Hartman v. Pena, 914 F.Supp. 225 (N.D. Ill. 1995).  Similarly, state-mandated participation in sexually-oriented activity can constitute sexual harassment even when it is done in the name of preventing sexual abuse.  In the Hartman case, the court found the existence of a “sexually hostile” work environment in violation of federal law based on a training exercise that subjected men to “malehook” in an effort to make them understand what it feels like to be a victim of sexual harassment (much as supporters of California’s “Yes Means Yes” law say it “needs to create a world where mean are afraid” and is designed to make men “feel a cold spike of fear when they begin a sexual encounter”).

Many supporters of the law seem to assume that it will be applied solely against men (even though both men and women touch each other without “agreement” in advance), and that treating men as presumptively guilty when accused is perfectly acceptable.  But stereotyping people as guilty or as sexual harassers or rapists based on their gender is a forbidden form of sex discrimination that itself violates federal law.  For example, a federal appeals court ruled that a man could sue after being disciplined by an employer that stereotyped men as guilty based on their sex.  Sassaman v. Gamache, 566 F.3d 307 (2d Cir. 2009); see also Yusuf v. Vassar College, 35 F.3d 714 (2d Cir. 1994) (Title IX case); Underwood v. Northwest Health Services, 57 F.Supp.2d 1289, 1303 (M.D. Ala. 1989) (“baseless accusations of racism” supported white employee’s harassment claim under Title VII); Weberg v. Franks, 229 F.3d 514, 524 (6th Cir. 2000) (suspension of white employee by official who admitted he did so based on blacks’ “perceptions,” independent of whether they had merit, to maintain workplace peace, violated Title VII).

In practice, California’s SB 967 thus seemingly runs afoul of, and is preempted by, Title IX.  (I practiced education law for years, including a stint at the Education Department’s Office for Civil Rights handling Title IX and civil rights issues).

In light of the privacy, free-speech, and sexual-harassment problems that can result from SB 967, its regulation of “sexual activity” should be construed as narrowly as possible to encompass only ultimate sex acts, not things like touching someone’s breast. Unlike sex, which is usually a mutual activity reflecting implied agreement, touching is seldom preceded by “agreements” in the real world.  One partner does it to the other, without any prior agreement, because it would likely be welcome.  Dating, and people’s romantic lives, are protected against unwarranted government interference by Constitutional privacy rights, and the freedom of intimate association. See, e.g., Wilson v. Taylor, 733 F.2d 1539, 1542-44 (11th Cir. 1984); Lawrence v. Texas, 539 U.S. 558 (2003). Similarly, what they say, or choose not say, in their bedroom is nobody’s business but their own, and such free-speech considerations weigh against allowing California’s SB 967 to require a whole series of discussions while making out or engaged in foreplay.  See Edward J. DeBartolo Corp. v. Florida Gulf Coast Bldg. & Constr. Trades Council, 485 U.S. 568, 575 (1988) (“[W]here an otherwise acceptable construction of a statute would raise serious constitutional problems, the Court will construe the statute to avoid such problems unless such construction is plainly contrary to the intent of Congress”; rejecting agency interpretation of statute and refusing to apply Chevron); NLRB v. Catholic Bishop of Chicago, 440 U.S. 490, 507 (1979) (Court would decline to construe an act of Congress “in a manner that could in turn call upon the Court to resolve difficult and sensitive questions arising out of the guarantees of the First Amendment Religious Clauses”).

Statutes’ reach should be interpreted narrowly to avoid potential constitutional problems.  See, e.g., Bond v. United States, 134 S.Ct. 2077 (2014) (construing statute implementing chemical weapons treaty narrowly to avoid possible federalism problems that would come from the federal government punishing conduct traditionally regulated by state law);  Northwest Austin Municipal Utility District No. 1 v. Holder, 129 S. Ct. 2504, 2513 (2009) (rejecting Justice Department’s interpretation of a civil rights law that would have undermined states’ rights, and construing Voting Rights Act’s reach narrowly to avoid possible constitutional federalism problems); Miller v. Johnson, 515 U. S. 900, 923 (1995) (rejecting Justice Department’s position to avoid possible discrimination as a result). This is especially true when a statute is ambiguous, as sponsors of California’s Yes Means Yes law themselves describe their own statute.  (“In June, a reporter asked one of the bill’s authors how someone would prove that he had gotten affirmative consent.” Her response: “Your guess is as good as mine. I think it’s a legal issue. Like any legal issue, that goes to court.”)

California’s so-called Yes Means Yes law was opposed by the Los Angeles Times, and was criticized for violating privacy and due process rights by the Foundation for Individual Rights in Education, former ACLU Board member Wendy Kaminer, the Orange County Register, columnists Megan McArdle, Cathy Young, Amy Alkon and Ashe Schow, and many, many others. 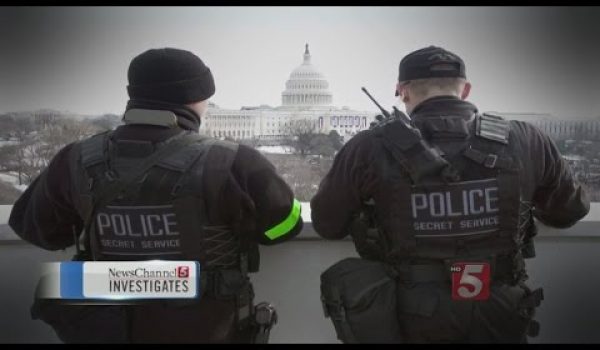