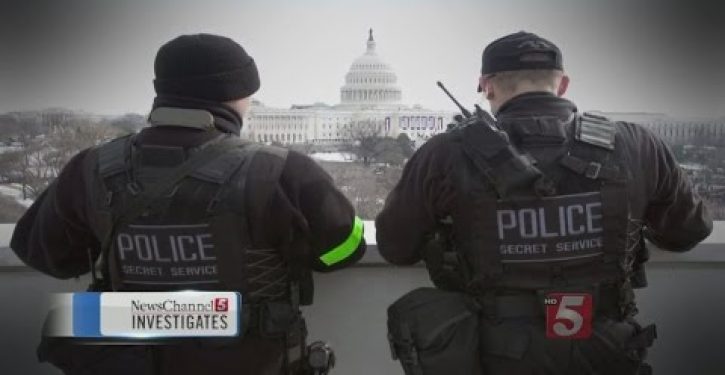 In yet another example of misconduct within the Secret Service, police in Nashville, Tenn., disclosed that several of its agents attempted to use a fake warrant in an attempt to gain entry into the private residence of one of President Obama’s critics.

What’s more troubling is that top agency officials in Washington seemed uninterested when Nashville Police Chief Steve Anderson complained to them of the incident, according to local News Channel 5.

Although the event occurred in January, 2013, it only came to light Tuesday when a letter Anderson sent last week to several lawmakers seated on the House Oversight and Government Reform Committee detailing the occurrence was made public.

“There’s already a lot of fodder to attack the Secret Service with, and this will be more,” Rep. Jim Cooper (D-Tenn.), one of the letter’s recipients told the station.

That committee, chaired by Rep. Darrell Issa (R-Calif.), is investigating misconduct and negligence within the Secret Service. The agency’s former director, Julia Pierson, was forced to resign the day after she was intensely questioned by the committee’s members.

According to News Channel 5:

In the Nashville case, a Secret Service agent made a frantic call for backup to Nashville police after he and another agent went to the home of a Nashville man, investigating threatening comments on Facebook about the President. The man who posted them had refused to let the agents into his house.

“He shoved the door in our face and went around the corner. Looks like, we’re not sure if he … possibly he had a gun in his hands,” the agent told a 911 operator.

In a letter that he first sent to Secret Service headquarters, the Nashville police chief recounted what happened.

“The resident refused to come outside and shouted back, ‘Show me your warrant,'” Anderson wrote. That’s when “one of the agents then asked a [police] sergeant to ‘wave a piece of paper’ in an apparent effort to dupe the resident into thinking that they indeed had a warrant.”

And that’s when the police did the right thing. Their commitment was to the Constitution–not to the Secret Service. News 5 reported:

In fact, the chief said that, as soon as officers arrived, they realized that the Secret Service agents did not have a legal basis to enter the man’s house, and the man — who had a legal permit to carry a gun — had never actually threatened anyone.

That’s when officers decided to pull out.

“I think you can see that had the MNPD officers complied with the directive from the Secret Service agents, there was likelihood for this event to have escalated into a serious and/or embarrassing situation for both of our agencies,” Anderson wrote to then-Director Pierson and Assistant Director A.T. Smith.

The police chief recalled that Smith’s tone was “condescending and dismissive” when he phoned Anderson. “I realized that I was being told, in a polite manner, to mind my own affairs.”

“What [Anderson] talks about is abuse of power by the Secret Service, not just in Washington, but here is Nashville. So that’s concerning,” the congressman said. “You can’t steamroll a citizen of this country because we all have rights.”

Watch the report below, via News Channel 5.

Suddenly a flood of photos of Wendy Davis with people in wheelchairs
Next Post
State-mandated dirty talk in California: Governor signs unconstitutional SB 967