Football storms out of the gate this week with our reader fave Virginia Tech Hokies at Pitt this evening, playing at Heinz Field where the Steelers have been having so much – well, come to think of it, they haven’t had that much luck at home so far.  Although we guess 1-1 at home isn’t so bad.  At any rate, Pitt has managed to lose to Iowa, Akron, and Virginia in the last three weeks, and the Hokies certainly have the talent to more than cover their 1-point give in the line, if they can get that whole offensive game-plan (read: lack thereof) thing sorted out.  Which may not be possible, no matter how often they change OCs, until Coach Beamer, who is a good guy, for sure, decides to move on to painting ducks or whatever.

We don’t think the Heinz Field Curse will be their biggest problem tonight.  Hokies will have to stop Panther RB James Conner, and overcome a few dysfunctional tendencies they’ve developed since the Ohio State game.  They’ll be without a key player, DT Luther Maddy, too, which won’t help.  (Late-breaking note, with the game now in progress: Pitt is up by 7.)

#20 Utah at Oregon State adds to the festive atmosphere this evening.  We’re not so convinced about Jets at Patriots in the Bigs.  We don’t really think the Jets will surprise us.

The University of Tulsa Golden Hurricane, which beat Notre Dame 28-27 on 30 October 2010, hosts south Florida on Saturday.  The Bulls come in 2-4 and aren’t very good, so their 1-odd-point give is an indication that even Tulsa’s most diehard supporters are kind of through with the Golden Hurricane, betting-wise.  We are gratified, at least, that Tulsa has a real chance to win this one.  Roar, Hurricane, roar!

#11 Oklahoma will bring their rapidly imploding quarterback to a homefield faceoff with #14 Kansas State.  The Wildcats have shown some chops in their deserving climb up the Top 25 ladder; the Sooner give of 7 may look good on paper, but we’re dubious.  The OU secondary will have its work cut out for it covering receivers Lockett and Sexton.  We’ll see if the Sooner offense has managed to struggle back from being one-dimensional in the shootout with Texas.

The bigger game on Saturday may actually be #16 Oklahoma State, in Fort Worth to have its crack at #12 TCU.  The Horned Frogs found out they weren’t quite loaded for bear last week, after a lengthy shootout, and will be looking to avenge that narrow but painful loss.  But OSU’s Daxx Garman, who came in behind injured QB J.W. Walsh in September, has been shocking defenses with his throwing arm over the last five weeks, and will be poised to take advantage of TCU’s evident defensive weaknesses.  We wouldn’t take the 10 points being given by the Toads.  Anticipate not one but two quality Big 12 matches in the Top Teens on Saturday.

Navy has the weekend off, but Army will be at Kent State, and at a respectable 2-4 gives 4 to the 0-6 Golden Flashes.  Air Force hosts New Mexico, giving 10.

Nevada heads to BYU Saturday night for one of those West coast games that don’t end until well past midnight on Sunday.  Sorry about that, folks.  The oddsdudes have the Cougars giving 12, which is probably about right.  The Wolf Pack is 3-3 but has dropped some tough ones recently to Colorado State and Boise State.  The technical expression for what ails Nevada on the field is “they’re all over the place.”  (It would help if their leading rusher weren’t QB Cody Fajardo.)  But we certainly wish them well.  You never know.

LSU will host Kentucky, which does come in with a quality win over South Carolina (Motto: The Other USC) in its 5-1 record, but otherwise isn’t likely to give the Tigers that big a workout.  Oddsquad has LSU giving 10.  Taking the points looks like a good tip.

Wyoming, now 3-3 after forking over the Paniolo Trophy, will be hosting San Jose State.  The Spartans come in 2-3 and comparatively unimpressive, although they did gratify us by downing the lice-ridden UNLV Rebels last week.  The Laramie Pokes may be a tad distracted, with their new worry about who’s watching the Paniolo Trophy out there on Oahu.

Well, who saw that coming?  There’s a new #1 in town, and Mississippi State will be celebrating with a weekend off, so that’s unlikely to change. The Bulldogs have Kentucky, Arkansas, and UT-Martin before their next ranked opponent (Alabama); the Hogs may give them a scare, but there’s a very good chance they’re here to stay.  As reader CitizenKH reminds us, a lot could be riding on the Egg Bowl (29 November) this year.

#2 Florida State, meanwhile, will host #5 Notre Dame for what many will call the game of the week.  In the intellectual sense of exposing the weakness of both teams, we here at your LU Football Commentary Service can offer qualified agreement with that.  No word at this writing whether Jameis Winston will be in the game; if he is, the line has FSU giving 11.  We just ask readers to recall that unranked North Carolina scored 43 points on the Arsh last week – the Tar Heels’ biggest point haul of the season so far.

#3 Ole Miss hosts Tennessee on Saturday.  Expect another big offense-fest from #4 Baylor at West Virginia.  #6 Auburn has the weekend off.

#7 Alabama hosts #21 Texas A&M, which could be a good game depending on which Aggies show up.  Tide gives 13.5 today.

#8 Michigan State heads to Indiana to face off for the Old Brass Spittoon, which is our kind of rivalry trophy.  The Spartans have had it since 2007.  They’re giving 15, and we’d take the points on that one.

#9 Oregon hosts Washington, giving 20-ish.  #10 Georgia will be at Arkansas for another of those “could be good because it’s the Hogs” bouts.  ‘Dogs give 3.5.

On Friday night, Boise State and Fresno State will be playing for one of those truly excellent garage-sale junk trophies, the Milk Can.  Granted, the idea for the can came from the dairy industry sponsorship of the rivalry game, so it’s not like there’s some hilarious story about a milk can lurking in the past.  But as rivalry prizes go, a milk can is right up there.  Fresno State plays for some particularly awesome trophies, for some reason.  (The Bulldogs hold the Can right now, in fact, having won it in a narrow 41-40 victory in 2013.  They aren’t likely to hold onto it this year.  Broncos give 17.5.)

Other than that, it’s kind of hard to root out a lot of interest this week, unless you just care about the teams.  We do note that it feels weird to see #13 Ohio State playing Rutgers as a “Big 10” game – and Iowa at Maryland, for that matter.  Speaking of which, this will be the first meeting for the Buckeyes and Scarlet Commies, and for the Hawkeyes and the Terps.  Prit-near strange, for a group of programs with such long histories in the same NCAA subdivision.

In FCS, McNeese State took a tumble to #10 after the ugly loss to Sam Houston State last week.  The Cowboys host Abilene Christian Saturday evening, and the 4-3 Wildcats won’t be a walkover.  They’ve defeated an FBS team this season – Troy – and lost in a 1-point heartbreaker to another FBS team (granted, a newer accession): Georgia State.  Upper 70s and clear for the 6 PM CDT kickoff.

In Division III, Rose-Hulman, 4-1 after last week’s loss to Bluffton, will be at Defiance (OH) to take on the 1-4 Yellow Jackets.  For now, there’s no more talk of RHIT getting votes in the Coaches Poll.  Some darn fine football weather is expected at the 1:30 PM CDT game time: a high of 50 and brooding autumn clouds.

Christopher Newport is 3-3 after last week’s loss to Huntingdon, and will head to Danville, VA to take on USA South rival Averett U.  The Cougars are 1-4, their single victory having come out of conference over a winless Washington & Lee.  Excellent football weather – 60 and partly cloudy – for the 6 PM EDT kickoff.

Merchant Marine, 2-4, will be at Springfield College (MA) for another conference match on Saturday.  The Springfield Pride is 4-2 and seems likely to take this one.  It’s not going to be that chilly, topping out at 70 in Springfield, but there are showers in the forecast at the 2 PM game time.

Dem billionaire Tom Steyer has plan to ‘suppress GOP vote’ in midterms: Where is MSM, liberal outrage?
Next Post
Tennessee woman gets thrown in the clinker for having a messy yard (Video) 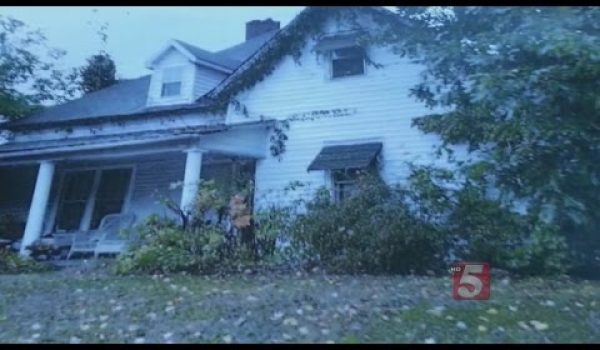