A World Health Organization official announced that the death rate for patients inflicted with the Ebola virus has risen dramatically, and predicted as many as 10,000 new cases per week if nothing serious is done to curb the outbreak within the next two months.

Previously, the WHO pegged the Ebola death rate at 50 percent; but the organization’s assistant director-general, Dr. Bruce Aylward, upped that estimate to 70%, making Ebola, in his words, “a high mortality disease,” according to the Associated Press, which reported:

He [Aylward] told reporters that if the world’s response to the Ebola crisis isn’t stepped up within 60 days, “a lot more people will die” and there will be a huge need to deal with the spiraling numbers of cases.

For the last four weeks, there’s been about 1,000 new cases per week — including suspected, confirmed and probable cases, he said, adding that the U.N. health agency is aiming to get 70 percent of cases isolated within two months to reverse the outbreak.

This is a far cry from the WHO’s assessment from six months ago, when it considered the outbreak to be geographically limited. The BBC reported in April:

The deadly Ebola outbreak in Guinea, West Africa, remains in a “limited geographic area”, the World Health Organization has said. WHO spokesman Gregory Hartl said it was neither an epidemic, nor unprecedented.

“We need to be very careful about how we characterize something which is up to now an outbreak with sporadic cases,” Mr Hartl told reporters in Geneva, Switzerland.

The WHO says the epidemiology of this outbreak is the same as previous outbreaks and remains localized, the BBC’s Imogen Foulkes reports from Geneva.

The outbreak is no longer limited by geography.

The patient was a 56-year-old Sudanese national who contracted the virus while working in Liberia. There is also currently one other Ebola patient under treatment in Germany.

Here in the United States, nurse Nina Pham contracted the virus while treating an Ebola patient in a Texas hospital. During all contacts with the patient, she was reported to be outfitted in full protective gear.

Her’s is the first case where Ebola was transmitted wholly within the borders of the United States. The patient she treated, Thomas Eric Duncan, brought the virus with him from Liberia and later died.

In yet another case of a health care worker becoming the patient, last week, Teresa Romero Ramos, a Spanish nurse’s assistant, became the first person to contract the virus in Europe, according to CNN. She is reportedly having difficulty breathing and is in critical condition.

Former Surgeon General Richard Carmona, a Democratic candidate for the U.S. Senate, appeared on Fox and Friends Tuesday and told co-host Brian Kilmeade that “absolutely we should have on the table” the precaution of banning all flights from West Africa.

So far, the president has chosen not to take this step. 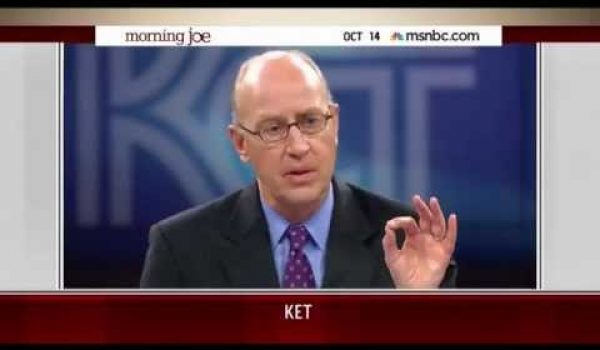 Grimes: ‘Matter of principle’ prevents me from saying who I voted for (Video)
Next Post
Hollywood maxes out on donations to Grimes’s Senate campaign