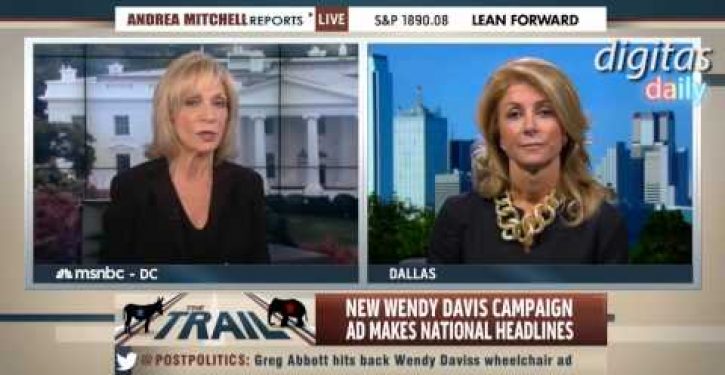 In her role as host on the all-progressive, all-the-time MSNBC, Andrea Mitchell hosted Wendy Davis on her Tuesday program to give the increasingly beleaguered Texas Democratic gubernatorial hopeful one more shot at explaining the wheelchair ad that has neen panned by Democrats and Republicans alike.

This time however, it was Mitchell who made the gaffe as she implied that GOP candidate for Governor of Texas was faking his paralysis!

Could you have gone after what you see as his hypocrisy by pointing out what he did in that rape case, what he did in these other cases, without the stark image of the empty wheelchair, which seemed to be trying to point people towards his own supposed disability? [Emphasis added]

Supposed disability? Seriously? I appreciate that Mitchell wants desperately to believe Davis still has a shot at the state house despite being down by double digits three weeks out from the election, but she is supposed to be a professional journalist and conduct herself accordingly. No matter how loud she applauds, Tinker Bell is simply not going to survive. Maybe she should try throwing a tennis ball at Abbott and hope that he jumps out his wheelchair, proving that her statement isn’t just some deranged fantasy.

Watch the video below courtesy of Digitas Daily. 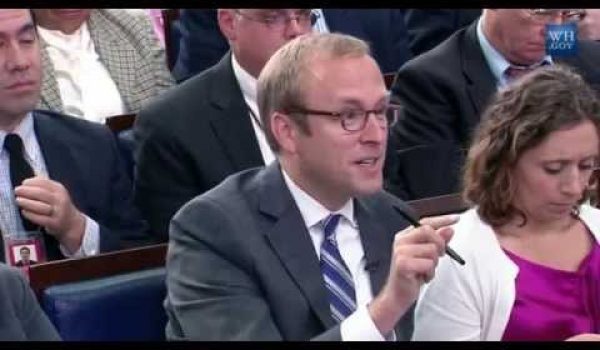