Not everyone shares Gwyneth Paltrow’s naive rose-colored view of Barack Obama these days. Cable TV veteran and long-time Obama worshiper Piers Morgan appeared recently on Sean Hannity’s show on Fox News Channel where he shredded the president for being out of touch by spending more hours on the golf course than at his daily intelligence meetings. Adding that Obama’s actions must have ISIS members scratching their heads, Morgan asked “What the hell is he doing?:

The criticism is especially stark in contrast to Morgan’s previous support, which was so undying that in 2011 he was nominated for an “Obamagasm Award” from the Media Research Center for stating:

When you watch the President like that, I always feel he’s got so many pluses, doesn’t he? In a sense, he’s personable, he’s handsome, he can be funny. You know, abroad he has this great image for America. A lot of things are just perfect about Barack Obama.

Here is the transcript of relevant portions of the exchange between Morgan and Hannity (h/t NewsBusters):

Piers Morgan: It just struck me that Obama, when he threw James Clapper under the bus, and the entire two hundred thousand people …

Sean Hannity: He blames everybody but himself.

Morgan: Yea, it was an extraordinary moment to me. Why a President would say ‘they’ about his own intelligence services and not ‘we.’ Why he would want people to think this has nothing to do with me, gov. And when I look at the spread of ISIS through the Middle East, a lot of it comes back it seems to me through Obama’s foreign policy strategy of ‘I like to lead from behind.’ America should go away from being the global policemen to being the leader from behind. America shouldn’t be leading anything from behind. America is, at it’s best, a great superpower. And when it’s at its best, whether it’s dealing with Ebola on a humanitarian level or ISIS on a terrorism foreign policy level, America has to be confident, bold, and strong and decisive.

Morgan: And it’s that lack of decision-making that I think leads to the issues we now face.

Morgan wasn’t finished there, moving on to calling Obama out for his inability to link Islam to current acts of terrorism, specifically the recent beheading in Oklahoma.

Morgan: And this is all just nonsense rhetoric, because ISIS clearly is an Islamic fundamentalist organization. It’s a terror group. And when they start beheading American and British citizens in these gruesome snuff movies that they’re making and releasing them to the world taunting.

Morgan: Taunting these countries, it’s not good enough to simply say, yea, I’m really upset about this beheading, and then seven minutes later, as Obama did, go to a golf course and be seen goofing around on the first tee. That really hit home to me. Someone did a survey this week. They counted up the number of hours that Obama has been playing golf since he was president. It was about 850 hours if you base it on a five-hour round.

Hannity: More than the time he spent in his intelligence briefings.

Morgan: He attended 42% of his daily intelligence briefings – total hours of that 650 or something.  So he spent 200 more hours whacking a golf ball than attending his daily briefings. Now, it’s not as simplistic as that. Obviously he would get other briefings. But it sends such terrible imagery to me.

Morgan: And I’m basically have always been reasonably supportive of him.  What the hell is he doing to groups like ISIS and others intent on causing America and Britain serious harm?  It sends, it seems to be of lethargy and complacency.

During other portions of the interview, Morgan went on to say Obama has alternately been a “huge” and “crushing” disappointment.

To which most of America is probably saying, “Hey, thanks for catching up.” 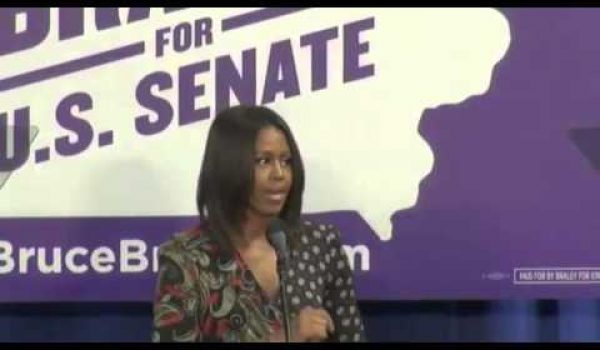