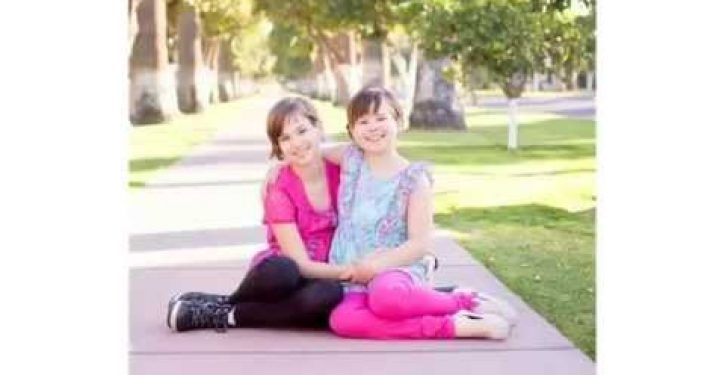 [See below for update.]

America needs to wake up to the contempt in which the people and their parental rights are held by too many agencies of our governments.

Information about another case in Phoenix, like Justina Pelletier’s in Boston, has emerged recently, and the concern in both cases is comprehensive.  It’s not just that parental rights are dismissed as meaningless.  It’s that the “authority” of government is the highest priority, over the visibly obvious welfare – rather, the destruction to the welfare – of the children.

A principle is upheld in each case: that government authority must prevail, no matter what the cost to the children involved.

The new case I refer to is that of Kayla and Hannah Diegel – 14 and 10, respectively – who, like Justina Pelletier, have a very rare genetic disorder.  Theirs is called a “congenital disorder of glycosylation,” which interferes with metabolism.  The Inquisitr adds:

Both also have gastroparesis, which is paralysis of the stomach muscles, and dysmotility of the colon. They have [been] fed through feeding tubes for some time, because their systems couldn’t process solid food adequately. With the feeding tubes, the sisters were able to gain weight and thrive.

In December 2013, the Diegel girls were seen by a physician involved with TGen and the Human Genome Project, and were the subjects of consultations which included Dr. Philip James, reportedly a recent transfer to Phoenix from the hospital in Boston that seized Justina Pelletier from her parents.  (Note: online research identifies a Dr. Philip M. James with the same genetics-related credentials practicing in pediatric medicine in both Boston and Phoenix.  It’s not clear whether the same Dr. Philip James has transferred full time to Phoenix.  A reader comment at one of the source sites for this post suggests that may not be the case, so I want to clarify that.)

In the wake of that referral, Melissa Diegel, the girls’ mother, was directed through a series of sometimes-mysterious referrals to a doctor the Diegels had never seen or heard of before at Phoenix Children’s Hospital, who on 10 January 2014 referred the sisters to Dr. Philip James.  (A detailed timeline is posted at this website.  See also Health Impact News.)

The sisters saw Dr. James in early February.  After they had seen James, the girls’ primary GI doctor, who had overseen their feeding tubes for some time, became difficult to contact and ceased his proactive management of their feeding-tube regimen.

Six days later, on 8 April, Hannah was seized from her mother by Child Protective Services.  On 10 April, Kayla was seized by CPS.  As wards of the state, Kayla and Hannah were entered, without parental consent, into a drug trial for congenital disorders of glycosylation sponsored by TGen and the Human Genome Project’s parent organization, the National Human Genome Research Institute (NHGRI).

On the drug-trial regimen, the girls – who were of normal size before, due to nutrition management with their feeding tubes – have lost significant amounts of weight.  In foster care, without feeding tubes, Kayla has lost 25% of her body weight, and Hannah 17%.  These figures alone should be alarming, but the Parents Rights Blog (last link above) adds this ominous information:

In fact the older child’s body fat level has neared 0% and she is said to have a vitamin deficiency that is so severe that it allows easy severe bruising as noted on her thighs, arms, legs and possible chest area.

Melissa Diegel, previously unaware that her daughters had been put in the drug trial, finally discovered that in early August.  She asked Phoenix Children’s Hospital about the matter, but has received no response.  A short time before the flood of recent stories on the Diegels’ situation began to emerge, Melissa’s visitation rights were abruptly terminated, and she was ordered by an Arizona judge to remove from social media all the updates she had been posting on her daughters and their predicament.

Note:  as with the websites from which the information here is drawn, this post was NOT compiled with any assistance from Melissa Diegel.  Other bloggers copied information from Ms. Diegel’s posts before she removed them, per the court order.  See especially the Facebook page A Miracle for Two Sisters.

This past week, the CASA worker for the Diegel girls – the court-appointed special advocate – quit her job, because she had been threatened by the Department of Child Safety when she posed concerns about the girls’ medical regimen and treatment in foster care.

The sites advocating for the Diegel girls have focused on the drug-trial aspect of their seizure by public authorities – and that is important.  For one thing, it ties the Diegels’ situation to Justina Pelletier’s, which also involved a rare genetic defect, and medical research without parental consent (possibly connected, as suggested above and at the links, to some of the same researchers).

It also ties the Diegel case to that of a teenage boy, Isaiah Rider, who was seized from his parents while at Lurie Children’s Hospital in Chicago – for a similar drug trial, also in April 2014.  As outlined at the Parents Rights Blog, the separate drug trials – which both received federal funding – opened on the same day, 14 March 2014.  Within the next month, the three children had been seized from their parents and entered in the trials without their parents’ consent.

The most important principle

But I urge readers to recognize that no child could be entered without his parents’ consent into a drug trial if the state didn’t collude with the doctors and researchers involved to seize children from their parents.  It’s the government agencies that are the problem here.  If you want, as I do, to take corrective action on these situations, it’s not the drug companies or the research institutes you need to attack.  It’s the government agencies, which are the only ones that have the power to coerce the parents.

I’m disgusted too by the idea of using children as guinea pigs.  Seeing humans in that light is a growing pathology among our leaders and our most “educated” elite, like scientists and physicians.  (My last post covered the topic of “big data,” and the pseudo-clinical, data-oriented view of humanity adopted by too many of the same aspiring technocrats: people in leadership positions who want to experiment on human beings as if we’re a soulless collective “system.”)

But the most important public policy issue here – the one we can most effectively do something about – is the appalling ease with which hospitals can just get child-services agencies to seize children from their parents.

If we correct that problem, all the rest of them will fall in line.  Fathers and mothers will have the proper authority to protect their children from abuse in medical research, and it won’t do conscience-deficient researchers any good to have an immoral attitude about their subjects.

If we don’t correct the state-vs.-parental-authority problem, on the other hand, it won’t matter what else we do.  A nation that doesn’t respect parental rights cannot protect its children, period.  There will be no recourse for anyone against the predatory attitudes of immoral people about their fellow humans.

Please don’t lose sight of that.  This isn’t about wanting to stop drug-trial sponsors and researchers, repellent as some of their attitudes may be.  It’s about the state’s respect for the individual and the rights of parents.  That’s the first and most important thing we have to correct our course on.

**UPDATE**  Megyn Kelly has picked up on this story.  We can hope that will kickstart an appropriate level of interest from Arizona officials.  Moreover, Health Impact News has a new post up outlining additional, highly questionable child seizures from the same hospital, Phoenix Children’s Hospital.  The HIN group has been receiving a flood of such stories from parents since coming out with the Diegel sisters’ story.  Arizona apparently has the highest incidence of child seizures (of all kinds) and foster placements in the nation.  The second post is well worth the read.  It includes an interview done with Melissa Diegel, the Diegel girls’ mother.