Following word that the first American to contract the Ebola virus had died, the White House swung into action and announced enhanced screening measures at the five U.S. that receive the bulk of travelers from West Africa. Actually, it was more like a half-swing.

CDC Director Thomas Frieden explained that passengers deplaning at JFK Airport in New York, Dulles in Washington, and several other major airports would be asked to complete a questionnaire. Their temperature, moreover, would be taken. So why is a majority of Americans clamoring for a ban on flights from the “hot zone”?

For one thing, these half measures aren’t going to do much to prevent people sick with Ebola from entering the country. The travelers can lie on the questionnaire. Thomas Eric Duncan, the patient who died in Dallas yesterday, did that when he arrived in the U.S. For another, taking the temperature of incoming arrivals would make sense if the incubation period for the Ebola virus — the time it takes for symptoms to appear — were briefer than 21 days. As it is, an arriving passenger who are symptom-free can still be  carriers of the virus.

So why isn’t the Obama administration following their lead? It’s hard to know what’s in the president’s mind, though it is not unreasonable to assume his motivation here is sparing the feelings of residents of those third-world countries — not adding to their burden by making them social outcasts. Whatever his explanation might be, he is playing with the lives and well-being of the people who elected him president. If one more person in the country dies of Ebola, that is one too many. And if that person contracts the virus from someone else traveling here from the hot zone, his death will be on Obama’s head. 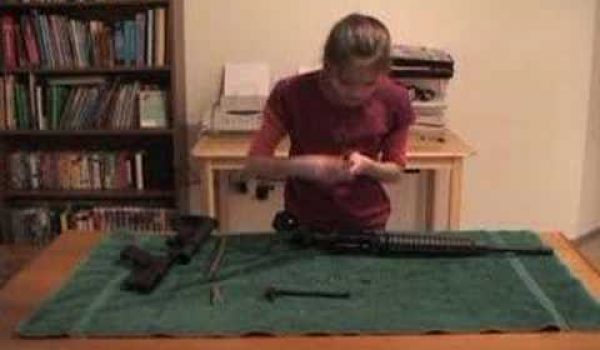 Pre-teen girl field strips AR-15 and shoots like a pro; liberal heads explode (Video)
Next Post
Dad claims his daughter was kept from praying before lunch at school