There are probably more of these unpleasant shocks to come.  On Friday evening, the White House confirmed what only Peter Kassig’s family and close friends, along with a few government officials, had known previously: that he has been held captive by ISIS since October 2013, when he was abducted in Syria.

The Obama administration’s hand was forced by the release of a new beheading video from ISIS, in which Kassig (a 26-year-old native of Indianapolis) was threatened, presumably as the next murder victim.  The latest video narrated the beheading of British aid worker Alan Henning, who in turn had been specifically threatened in a September video depicting the  murder of Briton David Haines.  According to a fellow prisoner, who was released earlier this year, Henning was from Manchester, UK and worked for a Muslim NGO in Syria.

The murderer in the Henning video issued this threat to Peter Kassig:

“Obama, you have started your aerial bombardment … which keeps on striking our people,” the man says. “So, it’s only right we continue to strike the next of your people.”

Kassig joined the Army in 2004 and served in the 75th Ranger Regiment until 2007, when he was discharged for medical reasons.  He became a certified EMT and went to Lebanon to help Syrian refugees, founding an aid organization — Special Emergency Response and Assistance (SERA) — in 2012.  In an interview with TIME reporter Nick Schwellenbach in January 2013, Kassig mused about the future and purpose of SERA:

In five years, I certainly hope to have seen SERA grow into an international relief organization capable of helping hundreds of thousands of people around the world. I would also like to be able to say that I was able to give something back to everyone who helped along the way.

This work is important for the message that it sends to people back home, that one of the best aspects of the American way of life is our ability to come together in the face of adversity and to stand beside those who might need a helping hand. In five years, if I can look back on all of this and say that our organization is able to truly help people, that I was able so share a little bit of hope and that I never stopped learning then I will know this all stood for something.

As with many of the hostages, Kassig is reported to have “converted to Islam”:

According to his parents, Kassig, an Indianapolis native, converted to Islam while in captivity and now goes by the name Abdul-Rahman.

This tells me only that he wasn’t a committed Christian or Jew beforehand.  Whatever his human faults, each man beheaded by ISIS continues to be a beacon of nobility in comparison to the avatars of evil who imprison and murder him.

Senator Dan Coats asks for prayers for his fellow Hoosier:

“I ask all Hoosiers to join with me in prayer for Peter  Kassig  at this extraordinarily difficult time,” said US Sen. Dan Coats of Indiana in a statement. “I urge privacy for his family and join his loved ones in feeling profound anguish about Peter’s situation.” 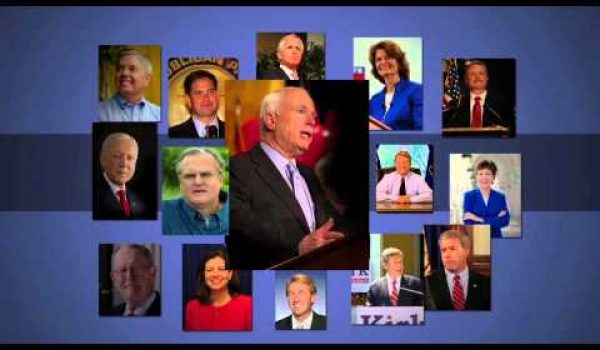