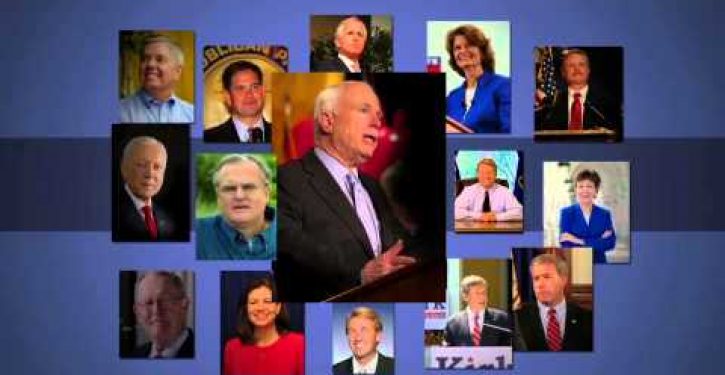 Four Senate Democrats facing tough reelection races recently voted against President Obama’s plan to take executive action on immigration. But would they vote against an attorney general nominee who would implement such a policy? When asked by The Daily Caller News Foundation, none of them was willing to commit.

Senators Kay Hagan of North Carolina, Mary Landrieu of Louisiana, Mark Pryor of Arkansas, and Jeanne Shaheen of New Hampshire all cast last-minute votes with Senate Republicans in September to prevent the president from following through on his plan to grant millions of illegal aliens work permits by executive action.

Another embattled Democrat, Alaska Sen. Mark Begich, also cast a last-minute vote that ensured Alabama Republican Sen. Jeff Sessions’s amendment to deny funding for the president’s plan would fail. Those five votes were characterized as political maneuvering around a tough issue just ahead of an election.

With a replacement for Attorney General Eric Holder likely to be named during the lame-duck congressional session following the election, senators will have a chance to weigh in on the issue again. Sessions has joined Senate Minority Leader Mitch McConnell, Texas Republican Sen. Ted Cruz and Kentucky Republican Sen. Rand Paul in saying they would vote against any attorney general nomineewho does not publicly disavow the president’s immigration plan.

When asked by TheDCNF, all four Senate Democrats who voted with Sessions on defunding the executive action plan declined to say whether they would also vote against an attorney general nominee who was in favor of it.

A spokesperson for Begich said the senator is against unilateral action on immigration from the president and does not support amnesty, but also declined to take a position on Sessions’ plan, saying he won’t comment on a hypothetical attorney general nominee.

“To me, securing our borders has to be the priority, and that should be the President’s focus,” Sen. Begich said in a statement. “I don’t support amnesty, and that is why the House must consider the Senate’s bipartisan solution so we can move forward with common sense reforms to fix the current broken system.”

The other three senators declined TheDCNF’s request for comment.

Hagan ran on immigration in 2008 and said last year she opposes amnesty. Landrieu boasted of voting against amnesty 9 times in a recent campaign ad, and Sen. Pryor also stated he is against amnesty in a campaign ad. An adviser to Shaheen told The Washington Post the senator does not support “a piecemeal approach by executive order.”