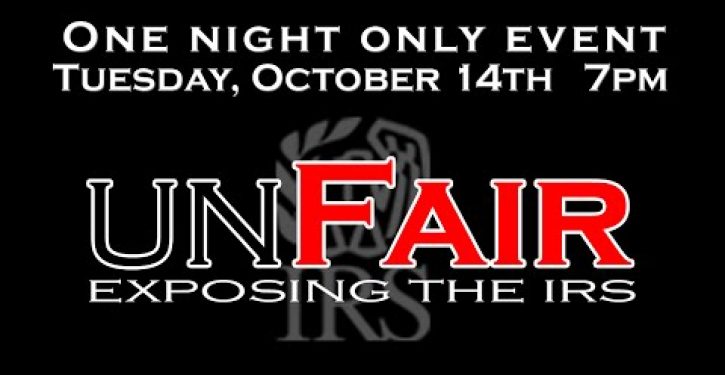 Do you trust the IRS or do you believe it to be an abusive government agency used by a leftist White House to harass and intimidate private citizens who don’t share its extreme ideology? You already know about the IRS scrutiny of conservative organizations, improper document leaks, brutish gift tax enforcement, distortions and denials before Congress, not to mention Lois Lerner’s ‘lost’ emails. Yet, these are only the tip of the iceberg.

Which is why “Unfair, the Movie” is a must-see for Americans concerned about the Obama administration’s blatant disregard for the rule of law. This 90-minute documentary will shed light on how the IRS is robbing Americans of their liberties and bullying family, religious, charitable, and civic organizations that refuse to toe the line of liberal orthodoxy.

Produced by John Sullivan, who also produced the hit documentaries “2016: Obama’s America” and “Expelled: No Intelligence Allowed,” “Unfair, the Movie” tells factual stories of betrayal, corruption, intimidation, and deceitfulness reminiscent of Nazi Germany, the former Soviet Union, and Orwell’s “1984.” This hard-hitting documentary is directed by Judd Saul, an award-winning director and activist whose documentary, “Frag,” changed the video gaming industry. Nationally syndicated talk show host, Craig Bergman, is the producer. “Unfair, the Movie” debuts for one night only on Tuesday, October 14th.

[Ed. – Tickets can be purchased here.] 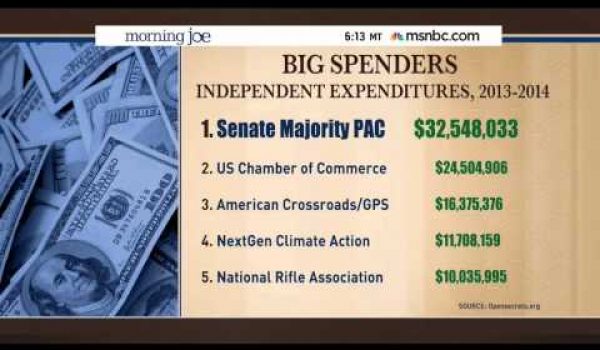