If you Google the name Mumia Abu-Jamal, one of the first websites you are likely to come across is FreeMumia.com. Among the accomplishments listed for a man who was originally slated to die by lethal injection but whose sentence was reduced on appeal to life imprisonment are the following:

After this coming Sunday, the site will be able to add that Abu-Jamal was chosen to deliver the commencement address at Goddard College, from which he holds a degree that he earned by mail.

The Washington Times’s Dave Boyer highlights another of Abu-Jamal’s “plaudits,” which is listed further down on the page at FreeMumia.com. Namely, he was convicted in the 1981 slaying of Philadelphia police Officer Daniel Faulkner.

The school is located in Vermont (suprise, surprise!), and if you were wondering how a lifer in solitary confinement in a Pennsylvania prison will manage to make a personal appearance, the answer is that he won’t. His speech has been prerecorded by Prison Radio. Goddard College Interim President Bob Kenny said in a statement:

As a reflection of Goddard’s individualized and transformational educational model, our commencements are intimate affairs where each student serves as her or his own valedictorian, and each class chooses its own speaker. Choosing Mumia as their commencement speaker, to me, shows how this newest group of Goddard graduates expresses their [sic] freedom to engage and think radically and critically in a world that often sets up barriers to do just that.

Boyer reminds readers that Abu-Jamal’s notoriety helped sink the nomination in March of Debo Adegbile, who was Barack Obama’s choice to lead the Civil Rights Division at the Justice Department. Adegbile had helped represent Abu Jamal’s case on appeal while working at the NAACP Legal Defense Fund.

Senators opposed to Mr. Adegbile’s nomination said he went beyond legal representation into political advocacy in the case. Mr. Adegbile withdrew from consideration earlier this month, and Mr. Obama has not announced a new nominee for the post.

Obama exempts himself from own rules on civilian casualties; Twitter responds
Next Post
MSNBC’s response to Oklahoma beheading story? Muslims are hilarious! 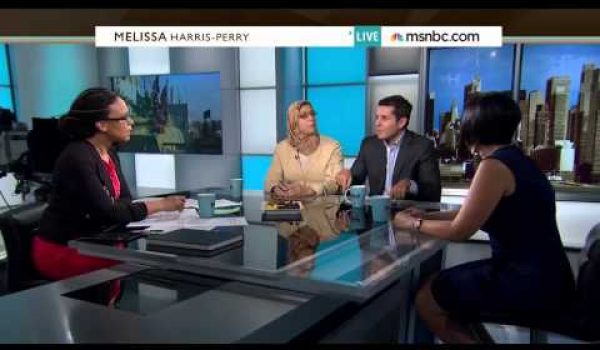