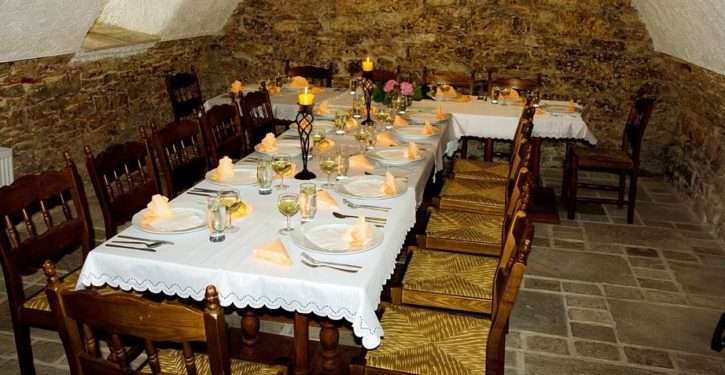 Despite reports out of the New York State Department of Environmental Conservation that indicate upwards of 80,000 jobs could be created through fracking, Congressional candidate Sean Eldridge has repeatedly stated in interviews that he opposes the practice. This despite having acknowledged the economic benefits in allowing fracking that would bring “more jobs and more economic growth” to New York.

Now, the anti-fracking Eldridge is even producing attack ads against his Republican opponent, Chris Gibson, that accuse him of accepting money from “gas drillers” to support fracking.

Eldridge appears to be confusing Gibson with himself.

Even though he has publicly denounced fracking as a technique that would put “our environment, our water, our land” at risk, he and his husband have invested and profited significantly from companies that employ the practice. Gibson has not.

Gibson’s camp pointed this out in a recent e-mail:

According to his financial disclosure, Sean and his husband own stock and/or bonds in at least 20 of the largest fracking companies in the country.

Here’s a list of Eldridge’s investments in each of the largest fracking companies:

Using his multimillion dollar profits from fracking magnet Cabot Oil & Gas, or his profits from Exxon, Chevron or BP, to fund his attack ads misrepresenting Congressman Gibson’s science-based local approach to hydraulic fracturing, is hypocrisy at its finest.

Gibson’s camp actually missed a couple of others. As we reported back in June, Eldridge and his husband also earned up to $250,000 from the company Halliburton, and an additional amount between $15,000 and $50,000 in Carrizo Oil And Gas.

Gibson explained to the Daily Freeman that the only difference between the two men when it came to fracking was “that young man makes profit, hand over fist” from the practice.

Additionally, Gibson doesn’t blindly support the practice to the detriment to the environment.

Gibson added that he feels the federal government should impose baseline regulations on the practice to make sure companies involved in fracking comply with the Safe Water Drinking Act and disclose the chemicals they use. He said he also supports New York state taking its time to research the issue and also allowing communities to decide for themselves whether they want to allow fracking.

Fracking – safely.  What a concept.

Eldridge has invested millions in trying to purchase a seat in Congress. How can a candidate who opposes money in politics, fracking, and big corporations, explain to his base that he is actively pouring money from fracking and big corporations into politics?