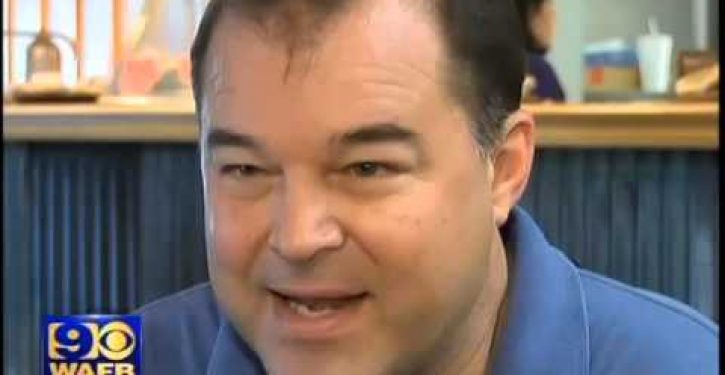 The owner of a popular Louisiana restaurant began giving customers a 10% discount off the cost of their meals providing they can prove they’re carrying a firearm. Liberals are not amused.

Bergeron’s Restaurant owner Kevin Cox is bucking the trend of such chains as Chili’s, Sonic, and Chipotle, which now are “gun-free zones,” by actually encouraging patrons to carry when frequenting his Port Allen eatery.

Cox had already been offering the discount to police officers, and then thought, why not do the same for lawful gun owners.

“I just need to see a weapon,” Cox told local CBS affiliate WAFB Channel 9 News. “I need you to be carrying a gun, and you’ll get 10 percent off your tab.”

I keep hearing so much about people banning guns. Target’s banning guns and these people are banning guns. Don’t they realize that that’s where people with guns are going to go? I want to take the opposite approach. How can I make my place safer?

Statistics are on his side. Earlier this year, we reported that a North Carolina restaurant was robbed at gunpoint shortly after instituting a “no gun” policy, and that shootings occurred two Jack in the Boxes after they did the same.

“If they [criminals] think someone may have a gun and it’s concealed, you’ll think twice about coming in and robbing somebody,” Cox continued. “You feel safer because I mean somebody walks in and wants to rob the place, they’re going to think twice when they see it’s not a gun free place.”

Watch the video, via WAFB News.

Islamic terror group releases beheading video of French tourist
Next Post
Rabbi claims he was asked to leave Jackson, MS, restaurant because he was Jewish (Video)