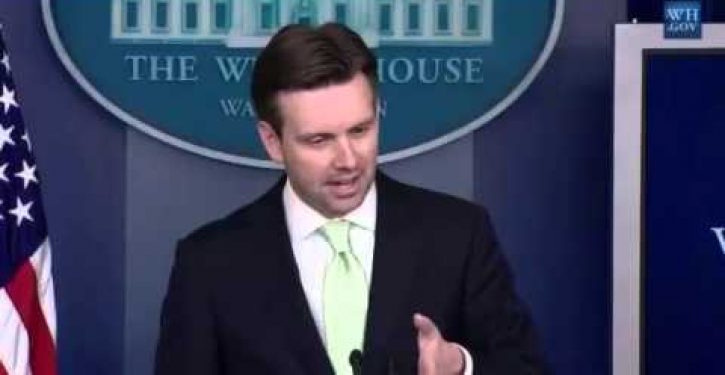 You’ve probably seen the signs that read “Rule 1: The boss is always right. Rule 2: If the boss is ever wrong, see Rule 1.” Somehow, listening to various spokesmen for the Obama administration, you get the sense that copies of that sign have been posted all over the White House.

Watch as current Propoganda Minister, the amusingly named Josh Earnest, answers a question posed by ABC News White House Correspondent Jonathan Karl over the administration’s claim that core al Qaeda had been decimated. Karl asks whether the White House wants to revise that claim in light of all that has transpired since Obama himself first proclaimed victory and the end of the war on terror.