Hayes, a frequent critic of the Obama administration, told Politico in a telephone interview that he believes the decision to include his name on the list was the result of a cruise he’d recently taken. The itinerary involved flying into Istanbul to meet the ship, then returning to the United States from a different city–Athens–at the cruise’s conclusion.

“I’d be concerned if it was anything more than that,” Hayes told Politico.

He first became aware that there was a problem when he was singled out for an enhanced security check before boarding a flight to Minneapolis.

“When I went online to check in with Southwest, they wouldn’t let me. I figured it was some glitch,” he told Politico. “Then I got to the airport and went to check in. The woman had a concerned look on her face. She brought over her supervisor and a few other people. Then they shut down the lane I was in, took me to the side, told me I was a selectee and scrawled [something] on my ticket.”

But it didn’t turn out to be a one-time “glitch.”

“On my way back. the same thing happened,” he continued. “I got pulled out, they closed down the lane, and did a full pat-down and looked in all parts of my luggage.”

Things got slightly awkward on that return flight, because one of the TSA employees was a frequent Fox News viewer. “He knew I wasn’t an actual terrorist,” Hayes explained, “but it didn’t matter.”

Hayes finally contacted Southwest on Tuesday, ahead of another flight, to ask why he couldn’t check in. A customer service supervisor told him he wasn’t going to be able to get a boarding pass before arriving at the airport.

“So I asked if I was on the government’s terrorist watchlist, and she said ‘Yes.'”

Hayes is now trying to clear his name on the DHS website, but the process sounds vaguely similar to trying to purchase health insurance on HealthCare.gov.

“Not surprisingly, it’s confusing,” Hayes told Politico. “The first time I did it, the whole site froze. Now it’s asking me for my passport number and a bunch of other information. Then I think I’m supposed to submit an actual copy of my passport, which I obviously can’t do electronically.”

Hayes first announced his problems with DHS on Twitter, which, given his fame, garnered hundreds of responses–some humorous, others showing concern. Here are a few:

@stephenfhayes @DHSgov might be the beard Stephen, just saying….

If this is for real, I quit. Please tell me you’re joking…..@stephenfhayes @MelissaTweets @DHSgov

@stephenfhayes @DHSgov That’s what you get for being on Special Report with known Enemy of the State Bret Baier.

Although that last tweet, from Washington Free Beacon video editor David Rutz, was obviously meant to be humorous, the Obama administration has a history of targeting reporters with whom it disagrees, in blatant disregard of their First Amendment freedom of the press rights.

Last year, Eric Holder’s Department of Justice collected the phone records of Fox News reporter James Rosen, as well as those of his parents. It did the same to numerous Associated Press reporters at about the same time.

In both cases, the seizures were done in secret. The reporters that the DOJ targeted were given no notice, and were afforded no opportunity of a hearing before the seizure of records took place.

Still, Hayes may be correct–maybe it’s just a glitch in the system prompted by his cruise. 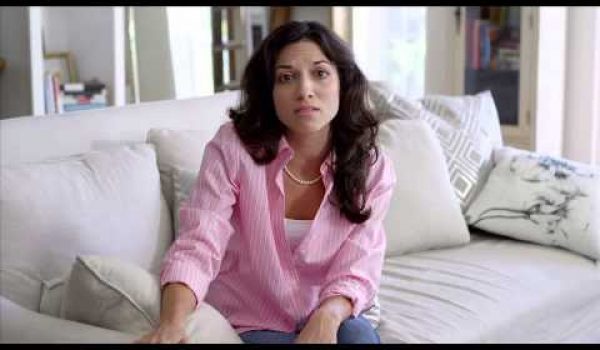