A frequent guest on my show is Major General Paul Vallely (ret). He usually discusses his wonderment at the silence of the “Big Brass” in the military that don’t agree with this administration’s “game plan,” or lack thereof, as it pertains to the Middle East and ISIS. I knew it wouldn’t be long before the men and women of the military with their high standards and moral values would eventually start to spew.

Unlike the henchmen of Hitler who followed orders fearing for their lives or simply for the glory of their motherland, most of our military troops fight because they believe in what this country stands for. They love this country and they want its citizens to be free and the country to be seen as the great bastion of freedom that it was and will become again.

Ultimately, our military knows how to follow orders. The men and women who comprise it have been trained be part of a bigger picture and not to question, just do. But there’s an integrity alarm that starts to go off in their heads when someone who has never even played a game of Battleship starts to dictate war games and strategy.

Let me step back. In the “real world,” CEO’s are not CFO’s and they are not COO’s. Plumbers are not carpenters; electricians are not sheet metal workers. Why? Because you can’t know everything with the level of competency needed to be effective and succeed. You have to take what your managers tell you and go with it. You trusted them enough to hire them; now let them do their job. Everyone has his area of expertise based on experience and natural ability.

As of a few months ago, military experts were backing their Commander in Chief. They were following orders. But when they see orders being handed down as a death sentence for the people we are supposed to be protecting and for our men and women in uniform, as they see the continued practice of their Commander in Chief disregarding the advice and recommendations of his experts, they can’t take it.

President Obama fancies himself as infallible. Maybe he believed those fools at MSNBC when they called him America’s messiah. But it was only a matter of time. There are cracks in the Obama Dam, and his military experts will turn on him.

As Obama keeps telling everyone, “there will be no American boots on the ground” and “I won’t put our men and women of the military in harm’s way.” His generals are starting to have the kind of heartburn that makes you get out of bed and do something about it.

Tony Blair says, we “need to puts boots on the ground to be successful.” Former Defense Secretary Robert Gates says there is “no hope of success without boots on the ground.” Joint Chiefs Chairman General Martin Dempsey agrees that we need to send some ground troops in to secure the Mosul Dam, indicating “those troops would then be advisers in a combat role.” White House Press Secretary Josh Earnest countered by claiming Dempsey was just responding to a hypothetical situation.” The policy — no boots on the ground — remains.

Dempsey was just responding to a hypothetical situation? Really? Is this guy high? People are dying, being slaughtered, sex slaves being made out of little girls, with savage carnage all over the place. Either words mean nothing anymore to this administration, or it is deliberately lying to us. Look up the word “hypothetical” you will see what I mean.

The cracks are developing.

Military advisers find themselves in harm’s way, many times because the Army they are fighting with is not as well-equipped or trained as it once was. Consider the Washington Post’s reporting of the October 18th, 2011 “rescue mission that members of Marine Corps Forces Special Operations Command launched in the Philippines, after a Philippine special operations unit was ambushed and five of them were beheaded on the island of Basilan. The U.S. Marines involved in the response were deployed for a train and assist mission, but found themselves in a bloody battle with numerous casualties.” Not good! We can’t rely on others to protect our men and women.

Back to my point: Generals, enlisted, retired military, military advisors, and prime ministers from other countries are all saying we need boots on the ground to wipe out ISIS and regain control of that area.

A few months ago these men would have said nothing and simply backed the president. Now, we see the cracks in the dam. If this President doesn’t take the advice of his military experts, the blood of every soldier killed doing it “his way” will be on his hands. Some of you on the Left were quick to blame Bush, but with Obama, you have drunk the Kool-Aid.

Sure, let’s not put boots on the ground and have our military carry out a mission they are well prepared for. Instead, let’s send 3000 of our military to help with the Ebola virus outbreak, something they have had absolutely no training in. Sure, Mr. Obama wants us to succeed. (Yes, that’s dripping with sarcasm.)

People, with leadership like this we might as well raise the white flag over the White House right now.

Cross-posted at The Real Side 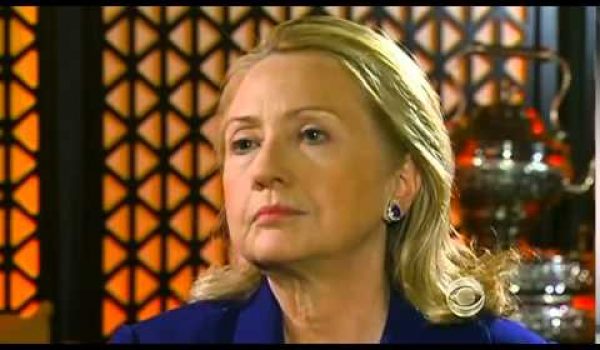 Does Hillary support or oppose arming Syrian rebels? It depends on what is is
Next Post
Hypocrisy alert: On way to UN climate summit, Obama used 22 times the CO2 one person emits in a year (Video)