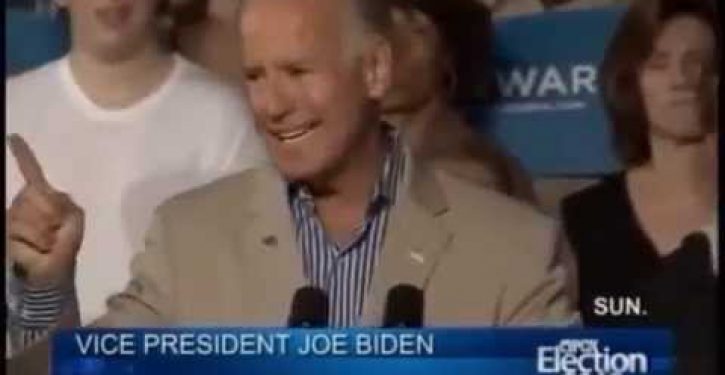 In a 2012 campaign speech, Vice President Joe Biden warned a gathering of supporters that if the then-GOP presidential nominee Mitt Romney were to be elected, the United States would very likely bomb Syria and Iran.

Had Obama insisted upon a status of forces agreement in Iraq–similar to those the United States maintains in Europe and South Korea–the likelihood of ISIS’s rise would have arguably been reduced, negating the need for airstrikes.

Biden closed with, “And these guys say the president is out of touch?”

Video: Memorial in Ferguson to Michael Brown destroyed by racist candle
Next Post
Picture of the Day: Instant Car-ma