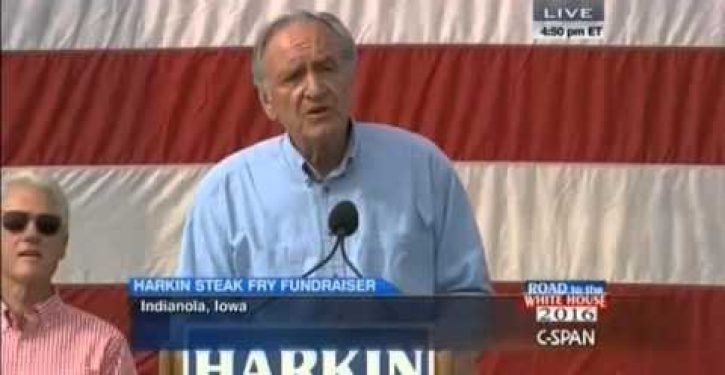 An Iowa Democrat may have derailed former Secretary of State Hillary Clinton’s 2016 presidential train before it even left the station by putting “her fingerprints” firmly on the increasingly unpopular Affordable Care Act.

Clinton made an appearance in Iowa Sunday to honor retiring Sen. Tom Harkin at his 37th annual steak fry. Although she has yet to make an official announcement on her 2016 plans, one always associates Iowa with presidential politics.

And indeed, the event seemed more like a “Hillary for President” rally than an event to honor Harkin, according to NBC News, which reported:

Neither the former first lady, nor her husband, who also spoke, directly indicated Hillary Clinton is going to run for president.

Both spent much of their speeches praising Harkin and urging Democrats to vote for the party’s gubernatorial and U.S. Senate campaigns.

And Harkin returned the favor by associating Clinton with Obamacare, which, according to a July CNN poll, hurt twice as many Americans as it helped.

He stated that “although Hillary was not there when the Affordable Care Act was signed into law–she was, of course secretary of state–but I want you to know that her fingerprints are all over that legislation.”

Watch his remarks, via GOPICYMI. 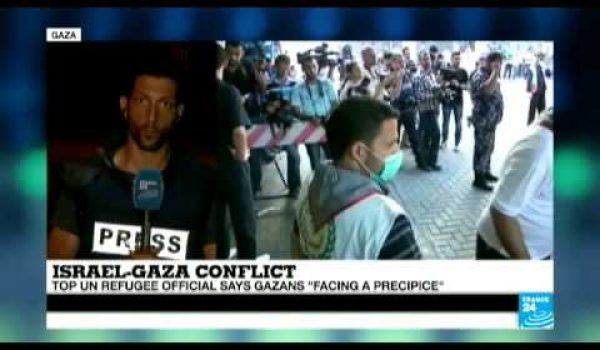 Associated Press can’t hide it’s lyin’ eyes about Hamas and human shields (Video)
Next Post
Tweet of the Day: CAIR compares Fox News to ISIS and get shut down (Video)