I’ll never forget the scene in the movie Independence Day when the missiles, artillery and even nukes fired by US forces were completely ineffectual in the face of the aliens’ force field technology.  Indeed, no decent sci-fi plot is complete without the sight of earth militaries desperately pummeling the alien invader’s deflector shield with missiles, rockets, artillery and tank shells, all to no effect.

Prior to the invention of gunpowder, physical shields and strong city walls provided effective protection against the primitive ranged weapons of the day.  But for over 1000 years cannon shells, bombs and rockets have been unstoppable offensive weapons that overwhelmed all physical defences.

Today, missiles of all sorts (guided), rockets (unguided), shells and bombs are the main weapons of all the world’s militaries and the only defence is to destroy the enemy’s launchers with your own accurate missiles, guided bombs and artillery.

But all this is about to change radically, because Israel has perfected and battle proven effective force fields / shields for its cities, bases and armoured vehicles. These systems can defeat every missile, rocket, shell and even bomb currently in existence by blowing them up mid-air before they can reach their target.

Israel’s Iron Dome has intercepted over 1,000 rockets aimed at Israeli cities, towns and infrastructure with a success rate of over 90% in 2014 – and steadily rising (from 84% in 2012).  Advanced radar detects the incoming rocket, computers calculate the trajectory within seconds, and the system fires a Tamir interceptor missile which destroys the target.  It can also destroy artillery shells and long range mortars.  Despite over 4,500 deadly rockets fired at Israeli cities and towns during the recent 50-day conflict with Hamas, only two Israelis were killed by rocket fire (as opposed to short range mortars).  One was in a remote desert area not covered by Iron Dome.

Israel’s Trophy system has made Merkava IV tanks impervious to Hamas’s advanced Russian antitank missiles.  The system detects the approach of a missile with advanced 360-degree radar and fires a countermeasure which blasts the approaching warhead to harmless shrapnel.  It can stop not just the latest Russian anti-tank missiles but every anti-tank missile in Western inventories, including top-down attack missiles and helicopter- and aircraft-launched anti-tank missiles. Future versions will even be effective in damaging the latest armour-piercing discarding-sabot (APDS) tank shells so that they will be unable to penetrate the Merkava’s armour.

All of the above systems use variations on the same basic concept.  Advanced radars detect, computers calculate trajectory, and interceptors (kinetic, explosive, or laser) destroy the approaching warhead at various stages of flight.  The effect is the same as the force fields / shields of science fiction – even the most advanced ranged explosive weapons cannot penetrate.

Like other computer-based systems, these interception systems have a very rapid upgrade cycle that can outpace any attempts to modify weapons to outwit them.  So far Iron Dome is beating the iPhone for major software and hardware upgrades and consequent performance increases.  These include dramatic improvements in accuracy, coverage area, and maximum and minimum interception ranges in only two years. Israeli troops have made software changes on the fly to defeat all Hamas’s attempts to beat Iron Dome and improve performance.

This advantage will accelerate in accordance with Moore’s Law and Ray Kurzweil’s Law of Accelerating Returns, which state that the performance of computer based systems increases exponentially over time.  Now that the speed at which an interception system can accurately detect, track, and fire at an approaching weapon has substantially exceeded the physical approach speed of the weapon, no increase in the speed of the weapon can outpace the exponential increase in virtual speed of the interception system.

Nor can complex manoeuvring missiles outwit these interception systems. Firstly, the targeted missile cannot actively move to avoid the interceptor because it cannot “know” were the interceptor is coming from and when.  Secondly, the essential requirement for a fast moving missile to hit its precise target very significantly limits its range of potential manoeuvre.  Thirdly, the interception systems can instantaneously detect and adjust for any manoeuvre of the targeted missile, including in the last few seconds using steered interceptors and lasers.

Israel’s force shields have rendered obsolete not just the rocket and missile arsenals of Hamas and Hezbollah, but the missile, rocket, artillery and bomb inventories of every military on the planet.  No matter how advanced the missile, shel,l or guided bomb, it can be destroyed exactly the same way as Hamas rockets and advanced anti-tank missiles.

Armoured vehicles equipped with Trophy (or its lighter-weight cousins) cannot be stopped by any missile or explosive shell, and Trophy equipped tanks will be impervious even to other tanks’ kinetic energy shells (e.g., APDS).  Indeed, firing upon a shield-equipped vehicle will be both futile and suicidal because the same radar that detected the missile or shell launch will calculate the location of the launch platform and instantly respond with accurate and deadly return fire.  Whether such an anti-armour platform is another armoured vehicle, a helicopter, or missile-equipped infantry, its attack will do nothing more than disclose its position, leading to its destruction.

The 1,000-year dominance of explosive, ranged offensive weapons is being overturned and the face of warfare will be irrevocably changed.  The consequences are profound.

Distant forces will lose the ability to attack a shield-equipped enemy without committing ground forces for close-range kinetic energy combat. The missile barrage and air attack that is the basis of almost every Western military intervention will be ineffective against a shield-equipped opponent.

The tank is restored to its dominant position on the battlefield after being written off by many analysts.  With a shield against all ranged explosive attacks, armour strong enough to defeat all but the strongest kinetic energy attacks, and kinetic energy and missile weapons able to destroy anything else on the battlefield, including helicopters and ground attack aircraft, only another shield equipped tank will threaten it.

This is a huge wake-up call for U.S. and EU militaries that rely heavily on missile and air power and have allowed their ground forces to shrink to pre-WWII levels.  The UK has fewer tanks (320) than horses, and France only a few more. From 20 armoured divisions (6,000 tanks) in Germany during the Cold War, the U.S. Army has only two companies (29 tanks) in Europe and only 1,232 in service worldwide.  By contrast, Israel fields almost 1,500 top line Merkava III and IV tanks and has 3,400 in service (more than all of the EU combined).

Already active combatants facing such interception systems have reverted to tactics from the pre-gunpowder age.  Hamas’s attack tunnels are reminiscent of tunneling tactics used against walled cities in Roman times.

Militaries which seek to retain the ability to project force from afar against shield-equipped opponents will need to invest in completely new types of weapon systems that can penetrate shield systems.  Likely candidates include directed energy weapons such as lasers and particle beams, and hypervelocity kinetic energy penetrators, including electromagnetic rail guns and orbital kinetic kill weapons.  However, such systems are decades away from being operational replacements for current explosive, ranged weapons.

In the meantime, a technological development as profound and far reaching as the invention of gunpowder will change the face of warfare for friend and foe alike.

Israel has killed the missile and made sci-fi force shields a reality. 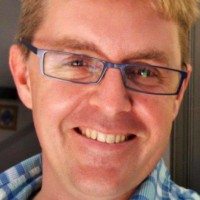 Akiva Hamilton is a technology and pro-Israel lawyer, alternative energy entrepreneur, and future thinker. He is based in Tel Aviv, having immigrated from Sydney, Australia in his mid 30s. An avid technologist and Zionist, Akiva is fascinated by the interaction between exponential technological change (Singularity Theory) and Israel’s place in the world. His 20+ year interest in military affairs goes back to his service in the Australian Army Reserve. 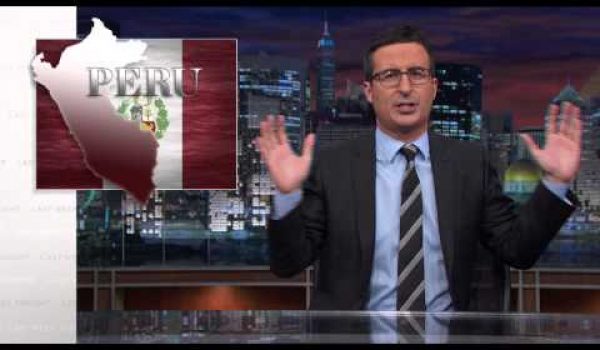