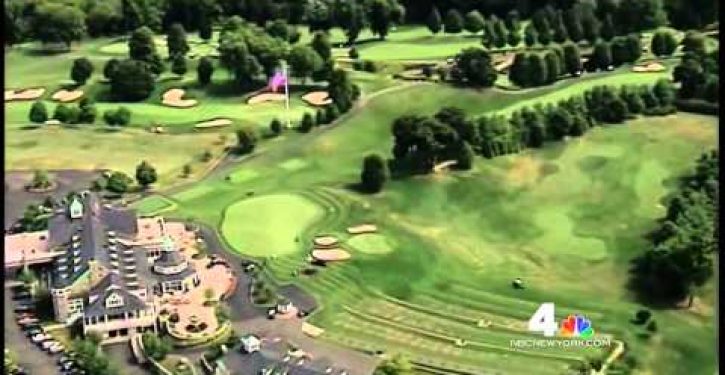 President Barack Obama cut his plans short on Labor Day weekend after he was denied entry into at least three of New York’s most prestigious golf courses.

The original White House schedule had him remaining in town after attending his chef’s wedding and several fundraisers in New York. White House chief spokesman Josh Earnest was asked about this at a later press briefing.

“He decided that he’d rather just make the late evening flight back here home to the White House, he can sleep in his own bed, do a little work tomorrow, spend some time with his family and then travel back to New York tomorrow evening.”

Well, not quite. It turns out he was denied play at his favorite pastime because New York’s movers and shakers weren’t about to alter their plans to accommodate the president.

Political analyst Dan Gerstein told New York NBC affiliate WNBC that the president has “lost some of that star quality he had.” But overshadowing even the president’s loss in “star quality” is the clubs’ potential loss in income.

Elite clubs such as Trump National Golf Club, the Winged Foot, and Willow Ridge declined the president’s request because Labor Day weekend is the most in-demand time of the year.

Sources told WNBC that the president’s advance team only gave one to two days notice of the request. High-powered members who pay up to $100,000 annually in membership fees, would not accommodate the circus that accompanies a presidential golf outing.

Did they check the public clubs?

Watch the WNBC news clip, via the Free Beacon.

Annotated transcript of Obama’s ISIS speech (with snark and truth added)
Next Post
American fined $5,000 for jumping border into U.S. on bike