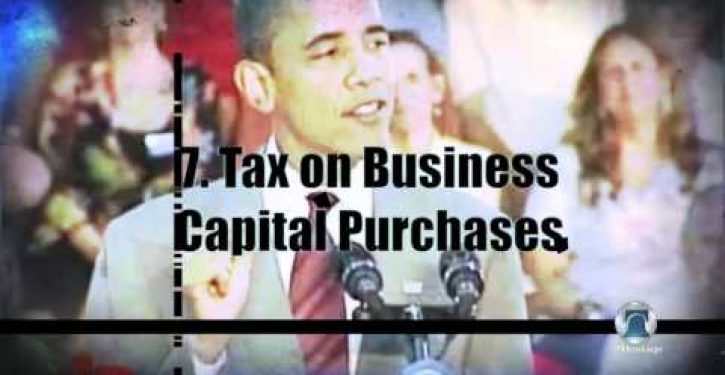 President Barack Obama’s job approval ratings on the economy are totally in the tank, and for good reason–he’s arguably the worst president in history when it comes to managing the world’s largest economy, and the figures continue to prove it.

The latest Real Clear Politics average of all major polls indicates that 55.7% of Americans disapprove of the president’s handling of the economy, versus 39.7% who approve, a negative 16% spread. Gallup’s figures are even worse, showing a negative 26% gap. And it’s no wonder.

The Bureau of Labor Statistics released its latest monthly jobs report Friday, indicating that employers added a mere 142,000 new jobs in August–not the 200,000-plus we’ve grown accustomed to, as Forbes reported.

Despite the dismal numbers, the unemployment rate dropped a tenth, from 6.2% to 6.1.

But the official rate only tells part of the story–it represents the number of people actually seeking employment versus those already working–it discounts the unemployed who have given up looking. It also considers a person employed if he worked for any period of time during the week in which he was surveyed–even if the employment was seasonal, part-time or temporary, according to the Bureau of Labor Statistics.

And that’s what caused the drop in unemployment rate–more and more members of the workforce have given up. We now have a record 92,269,000 Americans 16 and older who have left the labor market, giving us a 62.8% labor participation rate, a 36-year low, according to CNS News.

What’s worse is the disparity in unemployment rates among the races. The black unemployment rate is more than double that for whites–11.4 versus 5.3%, with Latinos lying in between at 7.5, according to another CNS News report.

To that end, Democrats, at the urging of the Obama administration, managed to push through 13 tax increases in 2013 alone, including a 13% increase in the top marginal income tax rate, a 33% tax increase on investment income for families earning over $450.000 and phasing out exemption and itemized deductions for upper-income households, according to the Daily Signal.

Watch this 74-second clip via the Heritage Foundation. Story continues after the video

Soak the rich and throw it at the poor. That should fix things, Right?

Not quite–well, actually, not even close.

In an ideal economy, income and wealth at all levels should rise, but that’s not what’s happening with Obamanomics. According to The Washington Times:

Under President Obama, the richest 10% were the only income group of Americans to see their median incomes rise, according to a survey released this week by the Federal Reserve.

The Fed data covered the years 2010-2013, during which period Mr. Obama constantly campaigned against income inequality and won re-election by painting his Republican rival as a tool of Wall Street plutocrats.

So why the disparity? CNBC host and financial analyst Jim Cramer has an idea that a lot of it leads to the president’s signature health insurance legislation. According to IJ Review:

Cramer posed that companies that have between 30 to 50 employees are waiting to see if they will expand to 50 employees and beyond, due to the increased financial obligations of the (illegally) suspended employer mandate. The ACA requires businesses with more than 50 employees to provide health insurance to all employees, and many businesses are straining to grow their businesses with their current workforce, rather than hire more workers.

Watch Cramer’s assessment on the following clip, via GOPICYMI:

In April, 2012, before Obamacare even kicked in, Edward Lazear reported in The Wall Street Journal that we were in the midst of the worst economic recovery–ever. And the figures cited above scream it’s not getting any better, despite White House claims to the contrary.

Between Benghazi and ISIS terrorist activity, Obama’s foreign policy approval numbers aren’t any great shakes either, and they only got progressively worse with the Russian-supported invasion of Ukraine. But then again, he was viewed as a domestic policy guy going in, with his talk of “fair share” and “bringing the races together.”