The Voter Integrity Project of North Carolina reports that voters classified as inactive grew from 460,065 in 2007 to 739,041 this year – a 62.3% increase. VIP calls them “missing voters” who election officials can no longer locate.

“This is worse than dead people (on the voter rolls) because you can’t find them,” said Jay DeLancy, executive director of VIP. “The alarming recent growth in this voter category points to a more systemic problem,” he said

The only decline in North Carolina’s missing/inactive voters since 2007 occurred in 2012, when VIP discovered nearly 30,000 deceased people still registered to vote.

In an artfully deceptive ploy, election officials name missing voters ‘inactive.’ This implies they just sat out an election or two, but these people are genuinely missing and the public has been kept in the dark.

He noted that left-wing organizations such as ACORN and Ralph Nader’s Public Interest Research Group have staged voter-registration blitzes in North Carolina. A Watchdog report first highlighted the “inactive” issue in the state two years ago.

The U.S. Election Assistance Commission estimates there are roughly 21 million inactive voters across the country.

Logan Churchwell, spokesman for Houston-based TTV, said having more inactive voters is not unexpected in a growing state like North Carolina.

Churchwell said alarm bells should go off when states fail to remove inactive voters within the eight-year window permitted by the National Voter Registration Act.

TTV watches other states for unusual build-ups in inactive rolls – or where inactives are not listed at all. “As long as inactives don’t stick around too long, that’s OK,” Churchwell told this reporter. “You go to war if they’re not moved off the rolls.”

DeLancy says that’s what VIP is gearing up for.

North Carolina law requires election officials to complete two mailings to voters at their registration address without response before a process can begin to eventually remove inactive (missing) voters from the rolls.

The law assumes that postal employees never make mistakes, so if the first letter is lost, thrown away or otherwise not returned, the person returns to ‘active’ status.

Even if the first verification letter is returned undeliverable, election officials still can’t remove the voter.

Churchwell adds that how voters handle their mail is key.

“If the first mail attempt doesn’t bounce back [to the election office], you can stay whole forever,” he said.

To its credit, North Carolina makes its voter-registration lists available to the public for free. Others are far less transparent. Alabama, for example, charges $25,000 to access its voter data. 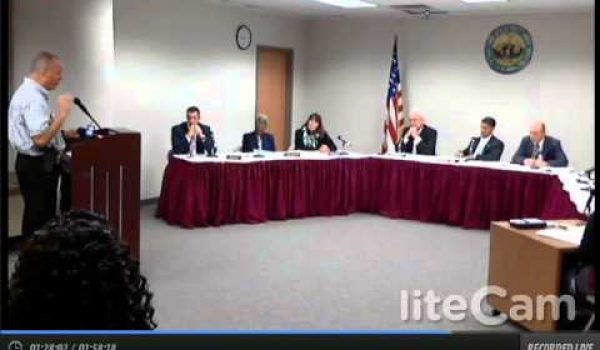