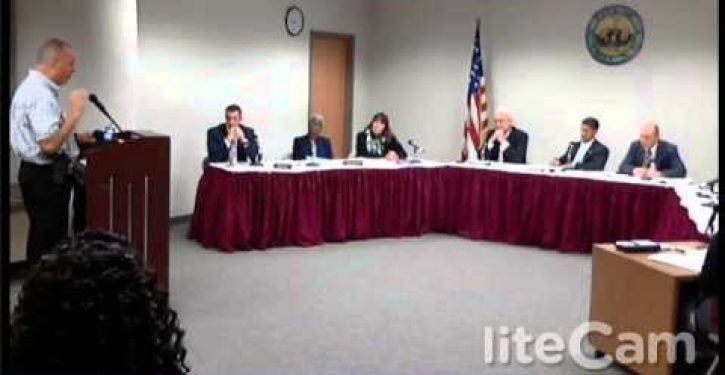 The saga of Democratic Councilwoman Anastasia Robertson continues. In the most development, Robertson — who claimed that the shooting in Ferguson, Mo., was evidence that “blacks are being rounded up and executed: — stormed out of a meeting late Wednesday, minutes after apologizing for her racially acidic comments. Robertson had been criticized by many of her own constituents after posting online that the federal government was executing blacks and also for spelling the word America “AmeriKKKA.”

Robertson said her point of view may have been to blame for the outrageous comments.

“I’m an African-American, my experience may be very different than some people,” she said.

She also repeated what appears to be a coordinated defense of her actions, saying she did not make the remarks in the same capacity as her role on the council or as a school teacher for that matter.

“I do recognize my word choice was unfortunate and offensive to some,” Robertson said. “That was not my intent.”

Robertson said she was speaking as an individual and not as a member of the Troy City Council.

Several of her defenders have contacted me at the Mental Recession and made the same ridiculous excuse. Council President Rodney Wiltshire told the Union that elected officials have to take into account their actions at all times. He stated, “You’re always going to be held to a higher standard than a regular citizen.”

Except, that response is the exact opposite of what Wiltshire offered when we inquired about a possible reprimand for Councilwoman Robertson.

He echoed Robertson in saying, “This appears to be a personal statement and not something that she is making as a councilperson.”

Councilman James Gordon took to Facebook to argue against the “she was off duty” defense.

[W]hen I swore the oath of office as council member it was a “badge” that I swore to wear until December 31, 2015. It never comes off at anytime.

One has to wonder if Wiltshire and the Democrats, including Troy Mayor Lou Roasmilia, would offer the same defense to a white police officer who, while out of uniform and off duty, posted comments in support of the KKK and saying African-Americans should be rounded up.

But the sparks really began flying at the Council meeting when the president of Troy’s Police Benevolent Association accused Robertson of trying to provoke police officers into a physical altercation, providing a recollection of a specific incident.

In his first public appearance since becoming president of the Police Benevolent Association, Sgt. Tom Hoffman called on the Ethics Committee to investigate, and possibly remove, Councilwoman Anastasia Robertson, D-District 2, for trying to incite white police officers into becoming physical with a group of blacks.

Hoffman explained that officers on patrol came across a domestic dispute that ultimately led to one participant remaining behind. She was black.  He said that several people gathered around with their cellphones “in the face of police officers,” trying to goad them into a response. One of those people was Councilwoman Robertson.

Hoffman claimed Robertson told one of the police officers that “This is why the black community doesn’t respect the police.  You only go after black people.”

After the stunning accusation, Robertson walked out of the meeting:

Hoffman planned to file a request for the city’s Ethics Commission to investigate Councilwoman Robertson’s actions during that police/community altercation.

Amazingly, Robertson not only serves as an elected official to the Troy City Council, but she is a member of the Public Safety Committee. In theory, she represents the city’s police force.

Should somebody entrusted with Public Safety be spouting off about the police “exterminating” black people, calling America the KKK, threatening a race war, and trying to instigate a racial incident with the police force she represents?

Again, we have to ask the Troy City Council, do you support Ms. Robertson’s position or will you ask her to resign in light of these remarks? 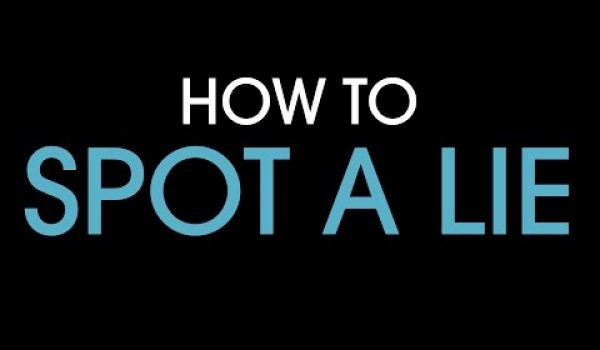 Video: How to spot a lie
Next Post
Number of ‘missing voters’ being counted on active voter rolls in North Carolina up 62%