It’s one thing when your administration wanders off the messaging of the day on occasion. But what should the takeaway be when nearly every critical part of the administration is on a different page from that of the president?

UN Ambassador Samantha Powers was on a different rhetorical page about Russia, speaking at the UN, where she was much tougher on the former Soviet Union than the President.  At a now-infamous press conference, Secretary of Defense Chuck Hagel and Chairman of the Joint Chiefs General Dempsey demonstrated a position different from the President’s. State Department spokesperson Jen Psaki was contradicted the following day.  Press Secretary Josh Earnest received 4 Pinocchios from The Washington Post as he did his utmost to spin the president’s “ISIS/JV” interview from January.

It has to be exceptionally difficult for the White House staff to keep up. Yesterday, the president scanned through three different approaches to ISIS in one press conference; from “destroy” to “manage.”  Elsewhere, in something of a contrast the message of “managing” ISIS,  Vice President Biden was condemning ISIS to the gates of hell and committing us to follow them there. Perhaps Messrs. Biden and Obama have a different definition of where the gates of hell are: lately, for the president, the location just might be wherever the president is having a news conference.

Even the military and the intelligence community have pushed back against the president. Catherine Herridge reports on presidential daily briefings going back to January which specifically addressed ISIS, but at which the president asked no follow-up questions. Pentagon spokesman Admiral John Kirby has done his best to convey support for the President while assuring the nation that the military is on the job, and there are plans.  There may not be a strategy, but there are applicable tactics and operational planning.  There always are; it’s what the Pentagon does.

Why is this not even more of an issue in the media than it is?  Simple answer: the networks did not pick up Herridge’s report!

But there is pushback from a variety of other sources, as reported on this site.

The president is at war. He is at war with himself. Three positions on the issue of the day in a single news conference is evidence that the war in the president’s head is at a stalemate.  He’s so committed to global community organizing that he appears incapable of expeditious decision making. Perhaps the politics of renaming things to avoid any evidence as to their true nature has gummed up the president’s neural connections.

Danger always lies in wait when the true nature of a thing cannot be recognized and its name cannot pass your lips.  Without clear recognition of what you face – in this case, radical Islam in the form of ISIS – you cannot design effective strategy. The world as it is wages war against the world as it is wished to be. The world of wishes appears to be dominated by the belief that Islam is a religion of peace in all its aspects, that the ISIS jihadis can’t be motivated by what they actually are motivated by: a seventh-century belief system. The Prophet Mohammed declared Islam “perfected” prior to his death. A thousand years ago a group of senior clerics also declared Islam “perfected”; no further interpretation required. Considering not just what the president says but what he doesn’t say, his view of ISIS, al Qaeda, Islamic Jihad, Hamas, and Hiz’bAllah never references medieval or radical Islam as the motivational source.

A president must engage the war of ideas, but this one has not. By failing to do so he seems to demonstrate a degree of empathy that leads to uncertainty, at a time when certainty, in light of the evidence, is hard to avoid. Sending in the FBI to investigate the ISIS beheadings is just one more demonstration of the same pattern.  Are they going to parachute into ISIS territory and flash their badges?  “Freeze!”

The president appears incapable of identifying an act of war for what it is.  By extension, he damages American interests and influence. Does ISIS want us to overreact? Likely so – but merely acting hardly constitutes overreaction.  The “overreact” option is on the shelf, already dusty.

The president’s lack of resolve is deep and has been demonstrable throughout his career.  From his “present” votes in the Illinois Congress to his absence of confident decision making in the moment, one must conclude that the President lacks a decision-making faculty apart from political considerations. That is a great danger in a dangerous world. 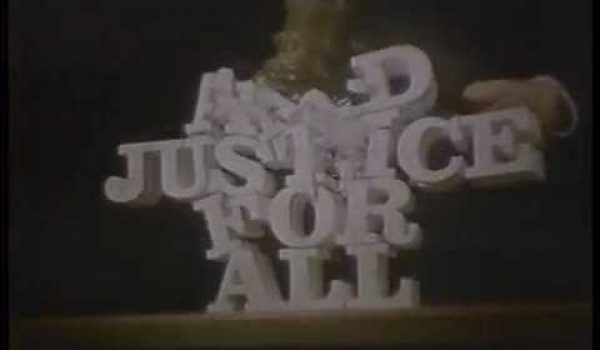