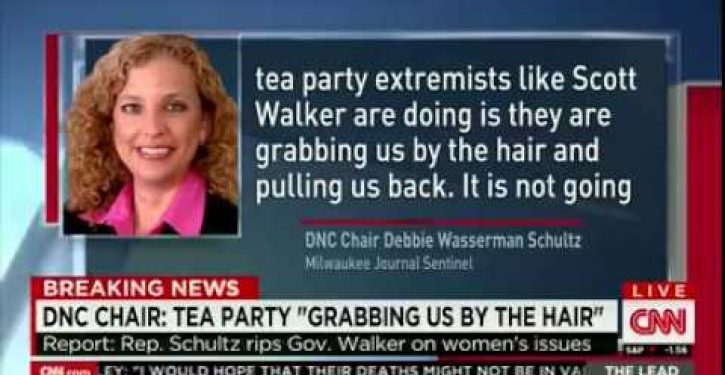 “Scott Walker has given women the back of his hand,” she said at a roundtable discussion on women’s issues. “I know that is stark. I know that is direct. But that is reality.”

Apparently deciding she hadn’t quite taken it far enough over the top, the Florida Congresswoman known for her outrageous comments went on to compare all Republicans supported by the tea party as Neanderthals.

“What Republican tea party extremists like Scott Walker are doing is they are grabbing us by the hair and pulling us back. It is not going to happen on our watch.”

Watch the CNN report of the incident, via GOPICYMI. Story continues below video.

The Scott administration fired right back.

“I think the remarks were absolutely hideous and the motive behind them was despicable,” Wisconsin Lt. Gov. Rebecca Kleefisch said, before calling on Democratic gubernatorial candidate Mary Burke to “denounce these outrageous statements,” according to the Milwaukee Journal Sentinel.

“That’s not the type of language that Mary Burke would use, or has used, to point out the clear differences in this contest,” Wilson said, according to the Sentinel.”There is plenty that she and Governor Walker disagree on — but those disagreements can and should be pointed out respectfully.”

Governor Scott was appalled, and his campaign now enjoys a burst of support because of the DNC chair’s comments, as Twitchy reported.

Will Obama give Ukraine military aid, or does he consider Russia a JV team too?
Next Post
Video: Warren worried about Hillary’s Wall St. connections 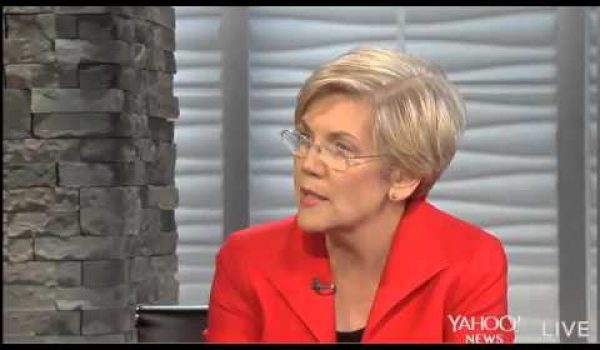