“This project is a game changer for Virginia’s economy, and the benefits will be both immediate and long-lasting,” McAuliffe said.

Dominion Resources and AGL Resources – whose representatives flanked McAuliffe at a Richmond news conference — will oversee construction and operation of the $5 billion Atlantic Coast Pipeline.

AGL Resources chairman Hank Linginfelter pledged that the venture will bring “abundant, and affordable natural gas to the U.S. 460 corridor and Hampton Roads, and will serve as a backbone for economic expansion.”

The Keystone pipeline project, running from Canada to Texas, has generated similar claims.

But critics of the Dominion-AGL line — starting in West Virginia and branching out to North Carolina — contend that much of the liquefied natural gas will head out of the country.

Said Travis Geary, a member of the Augusta County Alliance, which was formed to oppose the project:

The amount of gas carried by the pipeline would produce more electricity than 18 Hoover Dams and power 7.5 million households.

There’s no way this [gas] isn’t going overseas, and exporting it will have an adverse impact on U.S. energy costs.

Construction of a huge, 42-inch transmission pipeline through Augusta County will actually harm our rural economic sectors due to the destructive impacts on our waterways, farms, forests and private and public lands.

“Landowners will see a decrease in their property values due to restricted land uses and the visual damage of a 100-foot clear-cut,” Sorrells said.

She added that affected landowners may find it more difficult to sell their property, get a mortgage or obtain adequate insurance due to land-use changes such as industrial development and the danger of fire and explosion.

Mullins noted Steyer “and other radical environmentalists flocked to McAuliffe’s gubernatorial campaign because the Democrat refused to stand up for Southwest Virginia coal jobs, and, unlike his Republican opponent, refused to promise to oppose EPA overreach.”

Given the governor’s new-found interest in working with the energy sector, I’m forced to wonder if the environmental movement has a home in the Virginia Democratic Party anymore.

Steyer could not be reached for comment, but Libertarian congressional candidate Will Hammer called the pipeline “just another example of cronyism.”

Sure, there will be some economic benefit, but you must use eminent domain to obtain right of way for the construction of such a project. This violates people’s property rights.

“Nelson and Augusta county residents have been fighting the pipeline tooth and nail with no help from their representatives,” said Jones, who is running against Hurt in the 5th Congressional District this fall. “I believe eminent domain should be used only in the case of public health and safety.”

Jones urged McAuliffe, Warner and Hurt to “come clean as to their real reason for backing this pipeline against the wishes of the citizens.”

Despite support from business interests and politicians, including some top Republicans, Sorrells said opposition to the pipeline “crosses all partisan, social and economic lines.”

“The bottom line is that we know that this is wrong at all levels, from the most basic property rights issues to our economic rights to our concerns about natural resources,” she told Watchdog.

“We are united as one group and will oppose this as long as it takes.” 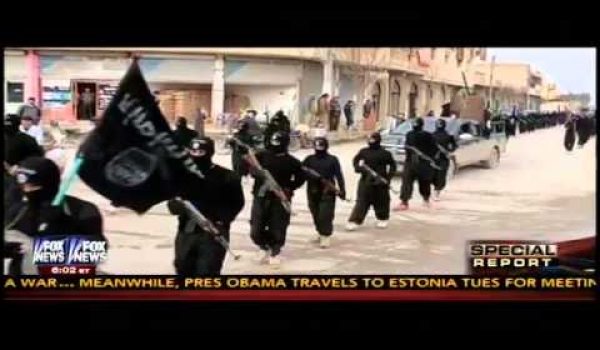 Obama briefed on ISIS for a year, still called them ‘JV’ and has ‘no strategy’ (Video)
Next Post
Does Sen. Mary Landrieu really live in her parents’ basement to meet La. residency requirement? (Video)