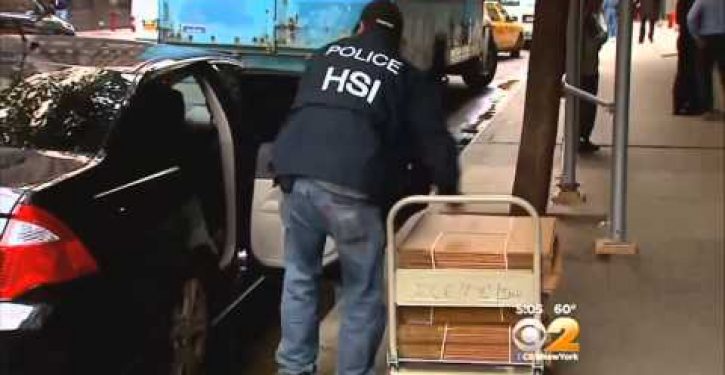 The Department of Homeland Security reported to ABC News that it has lost track of thousands of foreigners who received U.S. student visas, who simply disappeared after they entered the United States.

This hardly comes as comforting news, especially now, with 9/11’s anniversary right around the corner.

“My greatest concern is that they could be doing anything,” Peter Edge, an Immigration and Customs Enforcement official overseeing investigations into visa violators told ABC News. “Some of them could be here to do us harm.”

Sen. Tom Coburn (R-Okla.), said that since the 9/11 attack, 26 student visa holders have been arrested on terror-related charges. Those are just the ones who’ve been caught–and it only takes one.

“They just disappear,” said Coburn “They get the visas and they disappear.”

Officials have known this has been a growing problem for over a decade, yet the State Department puts diplomacy above national security in these matters. According to an earlier ABC News report:

The political journal National Review obtained the visa applications for 15 of the 19 hijackers — and evidence that all of them should have been denied entry to the country.

Almost all of the hijacker’s visas were issued in Saudi Arabia, at the U.S. Embassy in Riyadh or the U.S. Consulate in Jedda. Terrorist ties aside, the applications themselves should have raised red flags, say experts. The forms are incomplete and often incomprehensible — yet that didn’t stop any of the 15 terrorists for whom the visa applications were obtained from coming to the United States.

“This is a systemic problem,” said Nikolai Wenzel, a former U.S. consular officer. “It’s a problem of sloppiness, it’s a problem of negligence which I would call criminal negligence because obviously, having reviewed all these applications, there is a pattern here.”

Hani Hanjour, the terrorist who augured United flight 77 into the Pentagon on 9/11, never even bothered to show up for classes after he entered the U.S. on a student visa.

Here’s another item of concern. After a student arrives into the United States, it’s up to the school–not the feds–to keep track of his whereabouts and whether he’s not showing up for classes.

To that, factor in that there are now over 9,000 schools approved for student visas, many of them for-profit institutions. They include “86 beauty schools, 36 massage schools … [or the student may enter the U.S.] to study acupuncture, hair braiding, or join academies that focus on tennis and golf,” ABC reported.

“We know we have a lot of non-accredited universities that are using this system to bring people in, collect money, and not educate them at all,” said Coburn, who’s been working with other senators from both parties to tighten controls on student visas. “To me, it’s a mess.”

One recent example is the New York-based MicroPoweer Career Institute, which, according to ABC News:

continues to have four campuses on the approved list, even though five of the school’s top officials — including its president — were indicted on charges of visa fraud in May. According to the indictment, 80 percent of the foreign students enrolled MicroPower had delinquent attendance, putting them out of compliance with their visas. But the school did not report them, the indictment says. All five school officials have pleaded not guilty in the case.

To the concerns over home-grown terrorists and those entering through our nearly non-existent U.S.-Mexican border, we can add those we simply invite in. All they have to do is ask.

Watch this clip on the MicroPower student visa fraud case, via CBS News.