ISIS, aka the Islamic State, released another video moments ago depicting another beheading. This one is presumed to be American journalist Steven Sotloff, who was scheduled to be executed next.

We will try to provide video, appropriateness pending. Currently, the lone available link is apparently being deluged by websites and, hence, timing out.

Sotloff, kneeling, says he is “paying the price” for the U.S. intervention in Iraq with his life.

“You’ve spent billions of U.S. tax payers dollars and we’ve lost thousands of our troops in our previous fighting against the Islamic State,” Sotfloff says. “So where is the people’s interest in reigniting this war?”

“I’m back, Obama, and I’m back because of your arrogant foreign policy towards the Islamic State,” the man says.

Sotloff, 31, appeared in a video released by the group last month that showed the beheading of another journalist, James Foley. The group threatened to kill Sotloff next.

Sotloff was kidnapped August 4, 2013 near Aleppo, after crossing the Syrian border from Turkey.

Sotloff filed freeelance stories with numerous publications, including Time and Foreign Policy, and remained moderately active on social media while he worked in the Middle East. One video shows him on the streets of Aleppo as a bomber flies overhead.

Updates to come as the story develops.

*UPDATE* ISIS has released its official video, a heavily edited version of which appears below. The clip contains a statement by Steven Sotloff, likely his last words.

Strategy against ISIS: If you’re not confused, you’re not paying attention
Next Post
DHS reports disappearance of 6,000 foreigners here on student visas (Video) 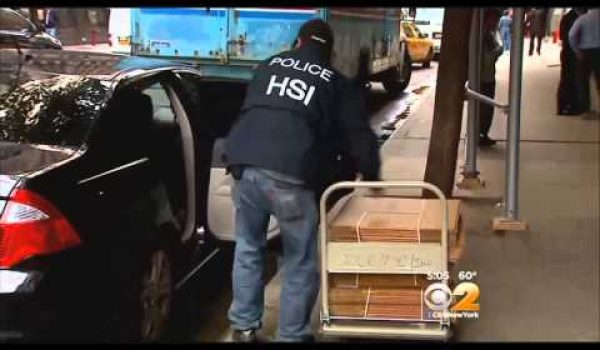