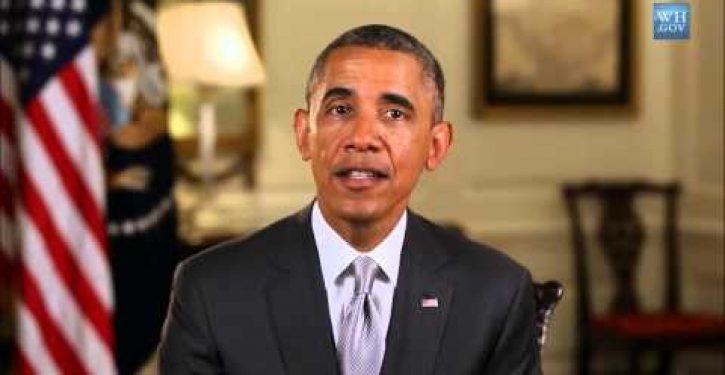 Remember when President Obama promised to move heaven and earth to secure the release of Marine Sgt. Andrew Tahmooressi from his Mexican jail? Neither do I. And from the White House’s response to the “We the People Petition” calling for the sergeant’s release, Obama never will.

He’s on his own, as far as this administration is concerned.

Tahmooressi, who reportedly suffers from post traumatic stress disorder, has been incarcerated in a Mexican jail for nearly five months–all due to a mistake. He got turned around unintentionally crossed the border into Mexico with all his possessions–including three firearms.

“The effect of this unjust incarceration on a decorated combat Marine is despairing,” the petition, dated May 1 reads, and it received 116,051 signatures as of May 31, well over the 100,000 typically requiring a White House response, according to Fox News.

Three months later, the White House finally got around to responding:

The U.S. State Department continues to provide extensive consular assistance to Mr. Tahmooressi, and will do so until his case is resolved. As in all cases when a U.S. citizen is arrested overseas, our goal is to see that Mr. Tahmooressi is treated fairly during the judicial process with the hope that he can receive the support, both emotional and medical, that he may require now and at the conclusion of the proceedings.

Mexico is one of the United States’ most important partners. We have close economic and cultural ties, and we work closely with them on numerous sensitive issues. While we will not go into detail about our private diplomatic discussions on this case, U.S. officials, including Secretary of State John Kerry, have spoken to Mexican officials at the highest levels regarding Mr. Tahmooressi’s case.

Mexican authorities have been very willing to engage on this issue. They have provided prompt and continued consular access and visitations. As a result, the State Department has been able to provide regular updates on Mr. Tahmooressi’s condition to his family, Members of Congress, and the press.

In short, the White house won’t lift a finger to secure his release.

Their response closes with the suggestion to “Tell us what you think about this petition response and We the People.”

If we had needed any proof early on that the Obama administration was perfectly willing to let Tahmooressi rot in a Mexican jail, we received it in Obama’s July 4 video address, when he took the time to congratulate the men’s soccer team and noted a White House petition to make Tim Howard the next secretary of defense.

But he made no mention of the Tahmooressi petition.

He also noted our inalienable rights as set forth in the Declaration of Independence–life, liberty and the pursuit of happiness–and gave a shout out to the men and women serving in the armed forces.

But once again, he didn’t mention Marine Sgt. Tahmooressi–who is being denied two of those rights.

Here was his message, via the White House.

What’s with the mixed signals on ISIS terror at the U.S. border?
Next Post
Obama’s ‘We don’t have a strategy’ gaffe inspires YouTube and Twitter hilarity (Video) 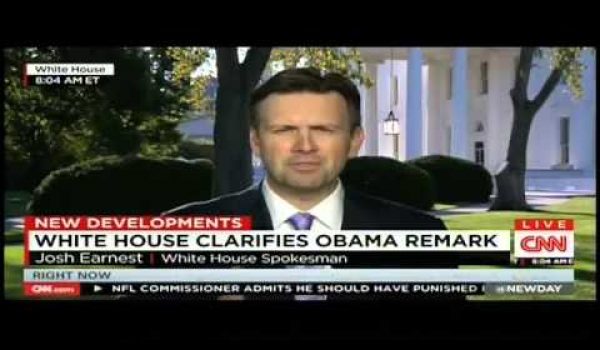