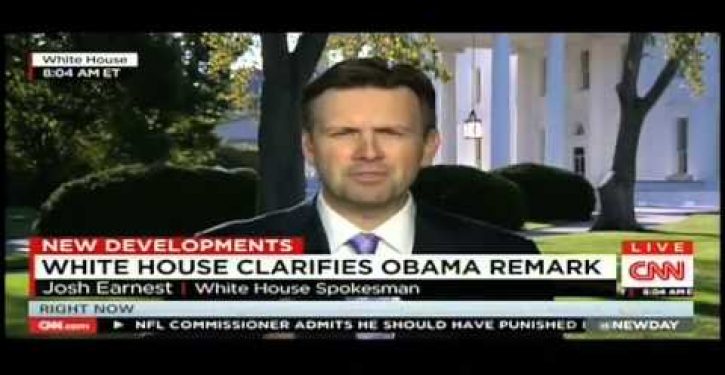 President Barack Obama’s gaffe Thursday that “we don’t have a strategy yet” to deal with ISIS, sent White House officials scurrying into damage control, and demonstrated once again why he’s not very good at press conferences. He needs to stick to the script written for him and laid out on his teleprompter.

Obama came under fire in January on precisely the same subject–ISIS–when he referred to the group as a “JV team” during an interview with The New Yorker’s David Remnick.

White House senior press secretary Josh Earnest hit the talk shows on the administration’s “friendly” networks–MSNBC, CNN and Bloomberg–to try to cover for his boss, but his effort, as valiant as it may have been, had the ring of dishonesty to it.

The following video montage, put together by the Washington Free Beacon, humorously bears this out.

The Twitterverse saw humor in the president’s admission also, and with the hashtag #SuggestObamaISISStrategy, it invited users to suggest an ISIS strategy for him, according to Twitchy. Here are a few examples:

#SuggestObamaISISStrategy Get the Queen to re-gift that IPod with all Obama's speeches to the head of ISIS, he will decapitate himself.

Change the grip, and choke up on the putter #SuggestObamaISISStrategy

And here’s my all-time favorite:

#SuggestObamaISISStrategy Challenge them to an Ice Bucket Challenge

Be sure to check out even more tweets on the subject, collected by the Twitchy team.

On a political strategic note, the Washington Examiner talked to a senior House GOP leadership aide on the presidential misstep.

“It doesn’t get any better than that,” the aide said. “He basically just articulated the very thing we’ve been saying for a long time now. Thank you, Mr. President.”

The aide was asked whether Republicans might use the gaffe during the midterms.

“You better believe it,” he said. “He gave it to us on a silver platter.” 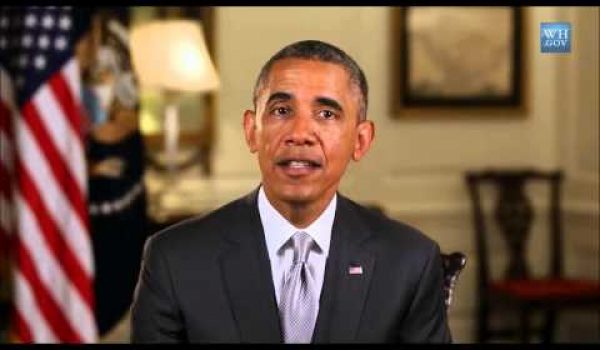