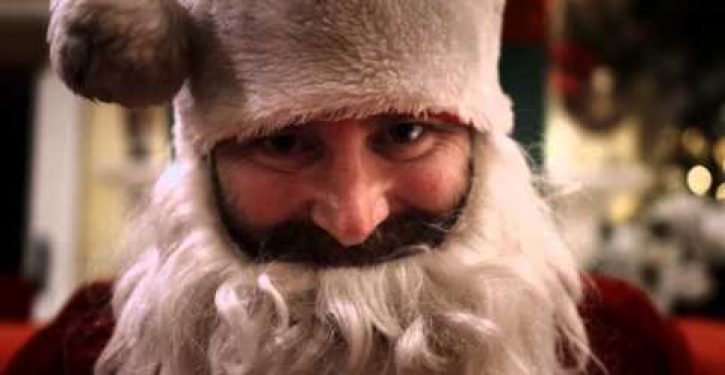 The movie’s title is “Saving Christmas” and the f0rce behind it is actor-turned-blogger Kirk Cameron. In the film, the trailer for which appears below, Cameron “aims to deflate arguments regularly made against Christmas, while simultaneously pushing back against atheist activists’ annual attacks on the holiday,” according to TheBlaze.

Cameron plans to tackle some of the most controversial and disputed issues surrounding the celebration of Jesus Christ’s birthday — claims that he says have had a profound impact on the way believers and nonbelievers alike view the Christian celebration.

And while he has no idea exactly how atheists will respond to the feature film, which is slated to open November 14 in theaters across America, he predicts they likely won’t be too elated with its storyline.

“I assume they’re going to get frustrated to see some of their best arguments deflated by this movie, because we take on some of the most commonly parroted myths about the origins of Christmas,” Cameron exclusively told TheBlaze Tuesday.