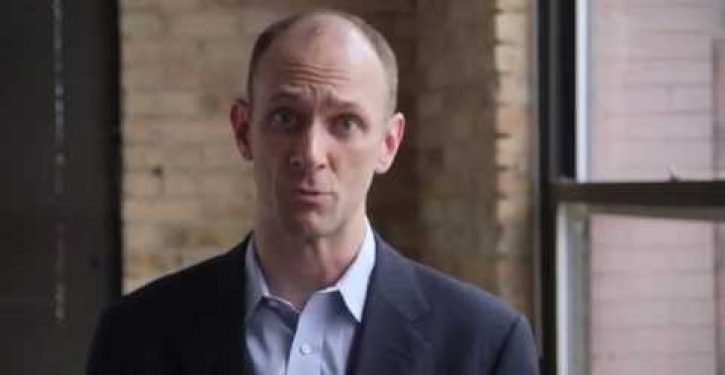 In a video posted on the OFA website, Goolsbee, now an economics professor at the University of Chicago, praises the economy under President Obama and gives examples of how activists can further “help the economy.”

“We’ve got some momentum going in the economy, things are coming back. We’ve had six straight months of job growth…that’s the first time in almost 20 years that’s happened. And over the last four and a half years, we’ve added almost ten million jobs. Well, that’s pretty good, but we can be doing a lot better.”

Interestingly, earlier this month, Goolsbee was quoted at the Washington Post saying, “[t]he economy hasn’t been great, so people assume that will be permanent.”

In order to ensure that the economy does better, Goolsbee advised the OFA activists:

“We need Congress to act. And we need you to put pressure on them to act on common-sense things that would help the economy like immigration reform, like investing long term in the economic infrastructure of the country, like helping with college affordability, education and investing in the workforce.”

Not surprisingly, Goolsbee’s non-solution is vague and fuzzy. In the WaPo article, the economist worries about the “political viability of leaving things to the free market” while income disparities exist.

“The question of whether average families’ real income will be up 1 percent in 30 years or down 1 percent seems a bit of an esoteric comparison if a select group is up 1,000 percent,” he said. “That’s a very different social dynamic than we have ever had in this country, and it makes me nervous about the political viability of leaving things to the free market to sort out for themselves.”

Goolsbee, the IRS and the Koch Brothers

As an aside, an unresolved issue surrounding Goolsbee and the IRS has always bugged this author.

It never was determined how Goolsbee was able to make bizarre claims about Koch Industries, Inc. during an “anonymous background briefing” in 2010. While Republicans called for an investigation that evidently took place, a FOIA request to find out the results of the investigation was denied.

At the time, Christopher Bergin, chief executive of Tax Analysts, scoffed at the notion that there was wrongdoing.

“Alleging that any White House would go into your tax information because you’re their enemy? You’re alleging that not only the administration did this, but that the IRS had to be complicit,” he said. “This is from Mars right now.”

In June 2014, Bergin wrote of the Lois Lerner email debacle,

“I know tax professionals who are now starting to think the worst and who are having trouble getting behind the IRS. And I am one of them.”

It never has been discovered how Austan Goolsbee managed to divulge information about Koch Industries. However, he did send out a weird tweet, which he later deleted.

The funny thing about the ongoing, persistent call for more taxpayer money for “investments” is that there never seems to be a return on those investments.