Al Sharpton began his eulogy of Michael Brown by quoting the biblical prophet Micah. But when taking the long view of Sharpton’s career one can only think of this quote from Deuteronomy, Chapter 16 verse 18:

You shall not judge unfairly: you shall show no partiality; you shall not take bribes, for bribes blind the eyes of the discerning and upset the plea of the just. Justice, justice shall you pursue, that you may thrive and occupy the land that the Lord your God is giving you.

Watching the funeral from Ferguson, Mp., opened a festering wound from the past, a different funeral where Al Sharpton also gave a powerful eulogy, one where he said:

The world will tell us he was killed by accident. Yes, it was a social accident. … It’s an accident to allow an apartheid ambulance service in the middle of Crown Heights. … Talk about how Oppenheimer in South Africa sends diamonds straight to Tel Aviv and deals with the diamond merchants right here in Crown Heights. The issue is not anti-Semitism; the issue is apartheid. … All we want to say is what Jesus said: If you offend one of these little ones, you got to pay for it. No compromise, no meetings, no kaffe klatsch, no skinnin’ and grinnin’. Pay for your deeds.

I want justice for the people of Crown Heights. Those who were hurt in the violence beginning with when Al Sharpton got involved on the second day, which was described in the sworn testimony of Efraim Lipkind, a former Hasidic resident of Crown Heights:

Then we had a famous man, Al Sharpton, who came down, and he said Tuesday night, kill the Jews, two times. I heard him, and he started to lead a charge across the street to Utica.

I want justice, which means Sharpton be condemned by the media as a hater — as the man who, when New York Jews complained about the anti-Semitism of black college professor Leonard Jeffries, called them race baiters adding, “If the Jews want to get it on, tell them to pin their yarmulkes back and come over to my house.” This was the day before the Crown Heights riot.

I want justice for New York State Attorney General Robert Abrams, who Sharpton refused to meet with during the Tawana Brawley hoax because meeting Abrams would be “like asking someone who watched someone killed in the gas chamber to sit down with Mr. Hitler.”

I want justice! I want justice for Steven Pagones, former Assistant District Attorney in Dutchess County, N.Y., who in 1987 was accused by Sharpton of raping Tawana Brawley — this despite the facts Pagones was nowhere near Brawley that night and that she invented out of whole cloth the story that was raped.

I want justice for Yosef Lifsh, the driver of the car that tragically struck Gavin Cato in August 1991.  Al Sharpton falsely claimed he was driving drunk that night despite the fact the police tested him and he was claim. Al Sharpton created so much hate against Lifsh that he fled to Israel.

I want justice for the owners of Freddy’s Fashion Mart, a Jewish-owned store in Harlem, whose building was owned by the United House of Prayer, a large black church. When the church raised Freddy’s rent, leading Freddy’s to raise the rent of its sub-tenant, a black-owned record store, Sharpton led a months-long campaign of Jew-hatred against Freddy’s. On Sharpton’s radio show, surrogates used racial and anti-Semitic language to encourage Harlem residents to boycott Freddy’s. Learning from his Crown Heights experience Sharpton let others push the anti-Semitic hatred but it was all done on his show with the agitator hosting. I want justice for Angelina Marrero, Cynthia Martinez,  Luz Ramos, Mayra Rentas, Olga Garcia, Garnette Ramautar, and Kareem Brunner, the seven victims of the massacre at Freddy’s resulting from Sharpton’s campaign.
I want justice!

I want justice for David Dinkins, the hapless first black mayor of NYC. A man who was angrily denounced by Sharpton using these words, “David Dinkins, you wanna be the only ni**er on television, only ni**er in the newspaper, only ni**er that can talk. Don’t cover them, don’t talk to them, ’cause you got the only ni**er problem. ‘Cause you know if a black man stood up next to you, they would see you for the whore that you really are.”

I want justice for Colin Powell and Condoleezza Rice. In a May 2003 speech sponsored by Harvard Law School, Sharpton characterized Republicans as racists who “cut taxes for the rich while [they] strangle the poor.” he likened Powell and Rice to subservient house slaves. He called for “$50 billion a year” in tax hikes so that America could “invest in working-class people, not multi-billionaires.” He proclaimed that “white male land owners” were in control of the United States. And he asserted that the descendants of the white men who “used to buy [blacks], now … rent ’em.”

I want justice for the members of the Duke lacrosse team who were falsely accused of rape. Without any facts, Sharpton declared that these ”rich white boys” had attacked a ”black girl” and warned that if arrests were not made immediately, there would be no peace. He further claimed that “this case parallels Abner Louima, who was raped and sodomized in a bathroom [by a New York City police officer] like this girl has alleged she was…. and just like in the Louima case, you have people here saying she fabricated it….” It later became evident, however, that the plaintiff’s charges were indeed entirely fabricated, and all charges against the defendants were dropped.

I want justice for Republicans of whom Sharpton told a radio audience that Republicans view black people as subhumans, much as Adolf Hitler saw Jews. “It seems like they [some of the right wing] act as though some wiping out of people … is alright. It’s not alright to do to any innocent people…. [T]o wipe out innocent people just ’cause of who they are, like was done in Hitler’s Germany, or was done to Native Americans, is not justified.”

At Michael Brown’s funeral Sharpton said, “God judges you for what you did on Earth” Only our maker can dispose final justice, but just once I want the mainstream media to ask this hater how he thinks God will judge him for the all of the above.

I want the mainstream media to ask this anti-Semite tough questions, to make him justify his words and actions. Instead of rewarding his hatred by making him a superstar, I want a media that pursues justice and truth and exposes Al Sharpton as a hater not a healer. 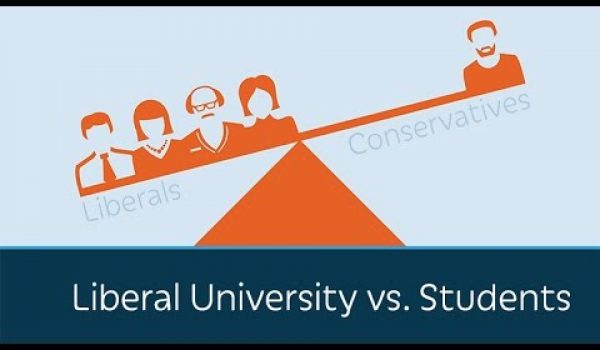 Video: Prager U on how liberal universities hurt liberal students
Next Post
Obamacare could be hazardous to your tax refund’s health