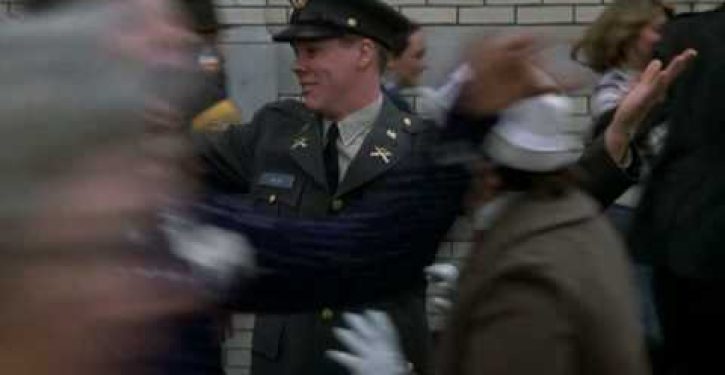 A Southern California college campus was placed in lock-down Wednesday, and a SWAT team was called, in response to a man carrying an umbrella. The event was hilariously reminiscent of a scene straight from Animal House’s fictional Faber College.

When “a bald white male, wearing a black shirt and jeans and walking across campus carrying” what the observer thought was a rifle, an emergency call was placed to the San Diego County Sheriff’s Department, according to Guns.com.

Although classes weren’t yet in session, there were still some 400 students and staff members participating in orientation in preparation for the start of the fall semester. The California State University San Marcos Police Department responded by ordering everyone on campus to lock their doors and remain in place until the “crisis” was over.

You are instructed to shelter in place lock and barricade at your current location. More information coming soon.

When the umbrella-toting faculty member realized he fit the description — minus the rifle — he turned himself in.

Earlier this morning there was a report to University Police of a possible gunman at CSUSM. The campus was immediately placed on lock down. Police performed a security sweep and determined that the suspect was not armed, but was a staff member carrying a large umbrella and carry bag. We are grateful for the quick response by our police officers to the perceived threat and to our campus community for their cooperation during the brief state of emergency.

Local ABC affiliate 10-News spoke to the umbrella-wielder, identified as Bill Craig, who later quipped, “I don’t always bring an umbrella to work, but when I do, I get cuffed.”

“People were kind of freaked out” as they barricaded themselves into whatever room they happened to be in, one observer said as the station reported.

Does that remind you of anything? How about this scene from a college film classic:

Why does Obama administration say ‘ISIL’ rather than ‘ISIS’?
Next Post
Harry Reid tells Asian audience he can’t keep his Wongs straight (Video) 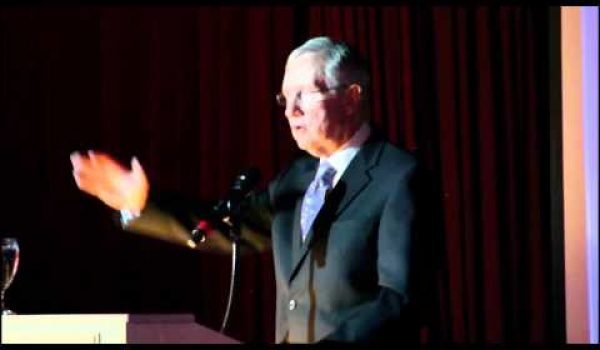