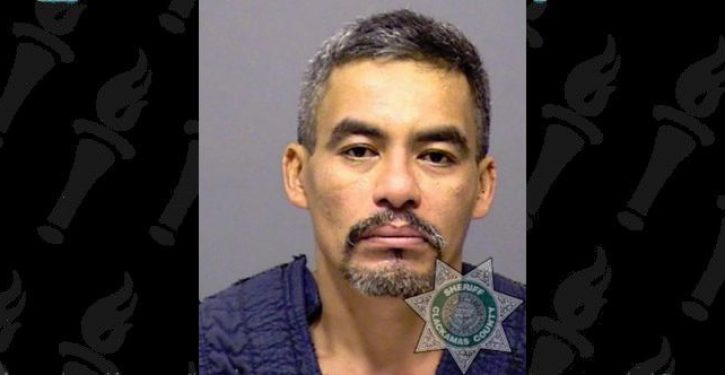 An illegal alien in Oregon who was released from county jail seven months ago, despite what immigration authorities say was an active detention request for the suspect, has allegedly killed his wife.

Martin Gallo-Gallardo, 45, is charged with murder in the death of Coral Rodriguez-Lorenzo, 38, whose body was discovered Oct. 28 in Clackamas County, Ore.

The following day, detectives brought in Gallo-Gallardo for questioning, during which he confessed to killing Rodriguez-Lorenzo, according to the Clackamas County Sheriff’s Office.

Immigration authorities first discovered that Gallo-Gallardo, a Mexican national, was living in the U.S. illegally in March, when he was arrested by Portland police on felony domestic violence charges. Following the arrest, Immigration and Customs Enforcement (ICE) lodged a civil immigration detainer on Gallo-Gallardo with the Multnomah County Sheriff’s Office, but he was freed on bail after two days in jail.

“Martin Gallo-Gallardo is a citizen of Mexico who unlawfully entered the United States. [ICE] placed an immigration detainer on Gallo Gallardo on March 6, following his arrest for Felony Assault 4th degree,” agency spokesperson Tanya Roman said, according to Cross. “The Multnomah County Jail did not honor that detainer and Gallo Gallardo was released on bond on March 8. Through failure to honor the ICE detainer, Gallo Gallardo has remained in the United States unlawfully since the Multnomah County Jail release.”

Cross inquired about Gallo-Gallardo’s immigration status as a part of his research into criminal activity by noncitizens in Oregon on behalf of Republican state Sen. Kim Thatcher. His analyses help document the cost of incarcerating foreign nationals in the state prison system, where one in 15 inmates is a criminal alien. (RELATED: Driver Who Allegedly Killed Oregon Couple In DUI Crash Is Illegal Alien, ICE Says)

In a statement provided to TheDCNF, the Multnomah County Sheriff’s Office disputed ICE’s claim that it had asked jail officials to hold Gall-Gallardo on a detainer.

“At no time prior to his court authorized release did MCSO receive a civil detainer or a criminal warrant from ICE that would have allowed us to keep him in custody,” Sgt. Brandon White, the agency’s public information officer, said. “If federal immigration authorities had reason to keep Martin Gallo-Gallardo in custody they failed to take the steps necessary to make that happen, including entering information into any law enforcement criminal databases. We received no communication from ICE in regards to Martin Gallo-Gallardo.”

When asked for comment on White’s statement, Roman provided TheDNCF with a copy of a detainer request for Gallo-Gallardo sent by fax from the ICE office in Portland to the MCSO on March 6. A transmission verification report attached to the detainer indicates the fax was successfully sent to the number 503-988-5354, which is the fax number for the MCSO warrants division, according to an Oregon Department of Corrections directory.

“The fact is, ICE placed an immigration detainer on Gallo-Gallardo on March 6, following his arrest for Felony Assault 4th degree,” Roman told TheDCNF in an email. “The detainer specifically requested notification of Gallo-Gallardo’s release.”

Roman went on to say that jail officials did not give ICE advance notice of Gallo-Gallardo’s release, a courtesy “routinely” extended by other Oregon counties. Because of the failure to notify, Gallo-Gallardo was released on bond on March 8, she said.

Oregon’s Democratic-controlled legislature expanded the sanctuary protections in 2017 with a law that forbids schools, courts and other public agencies from sharing information with immigration authorities unless required to do so by federal law.

Reports of a high-profile murder allegedly committed by an illegal alien wanted on an ICE detainer come days ahead of general elections on Nov. 6, when Oregon voters will decide on a ballot initiative to overturn the sanctuary state law. Known as Measure 105, the referendum is backed by about half of Oregon’s county sheriffs, mostly from rural, conservative-leaning parts of the state.

“Current law helps create bright lines for local law enforcement,” Reese said in a recent TV ad, according to NPR. “Communities we serve know that we’re focused on protecting and serving them. We’re not worried about their immigration issues.”

Meanwhile, Gallo-Gallardo is being held in the Clackamas County jail without bail. He has entered a plea of not guilty and is expected to make his next court appearance on Election Day.

During his interview with police, Gallo-Gallardo said he accidentally elbowed Rodriguez-Lorenzo in the face during a party in Multnomah County, KOIN6 News reported, citing a probable cause affidavit. Later, when they were driving in rural Clackamas County, he allegedly attacked her when she got out of the car to clean her face.

“He then stated he attacked her, pushing her down where she hit her head and then began to stab her multiple times,” the affadavit states, according to KOIN6.

The Gallo-Gallardo case is an example of how Oregon’s sanctuary laws can enable crimes against the very immigrants they are intended to protect, Roman says.

“It’s unfortunate that law enforcement agencies like the Multnomah County Jail refuse to work with ICE to promote public safety by holding criminals accountable and providing justice and closure for their victims,” she said, according to Cross. “Sanctuary policies not only provide a refuge for illegal aliens, but they also shield criminal aliens who prey on people in their own and other communities.”

With respect to immigration detention in Oregon, a U.S. magistrate judge ruled in 2014 that Clackamas County violated the Fourth Amendment rights of an illegal immigrant when it held her on an ICE detainer when she was eligible for bail. 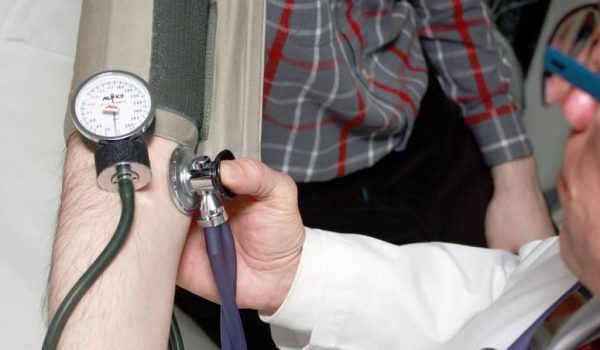 If Democrats retake House, it will be due to lies they have peddled about pre-existing conditions
Next Post
GOP senator proposes bill that would kill two birds with one stone vis-à-vis border wall