A first rule of journalism is to know what you’re talking about. This goes double for broadcast journalists who have occasion to interface with guests. Apparently CNN’s Don Lemon was absent from J school the day they taught this important lesson.

In this exchange with conservative radio host Ben Ferguson Lemon demonstrates that his dislike of guns probably stems in part from his ignorance of them.

In the video, via The Blaze, Ferguson asserts:

It is at this point that Lemon takes his first step in deep doo-doo, insisting that he was, in fact, able to purchase an “automatic weapon” following the 2012 movie theater shooting in Aurora, Colo. His next step is a doozy:

I have maybe shot a gun three, four times in my life — I don’t even live in Colorado. I think most people can go out and buy an automatic weapon. I don’t understand your argument there. It took me 20 minutes.

Sensing that the host is in over his head, Ferguson asks Lemon what his “definition of an automatic weapon is.”

“For me,” Lemon replies hesitantly, “an automatic weapon is anything that you can shoot off a number of rounds very quickly. I was able to buy an AR-15 in 20 minutes.”

Ferguson goes on to explain that an AR-15 is a semi-automatic — not automatic — rifle, noting that:

An automatic weapon is when you pull the trigger one time and it continually shoots off one after another, after another.

Lemon, who should backed out of the discussion long ago, accuses Ferguson of “getting into semantics.”

The video, which is pretty hilarious, follows: 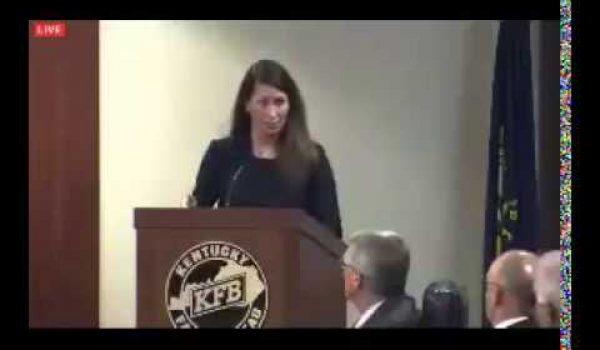