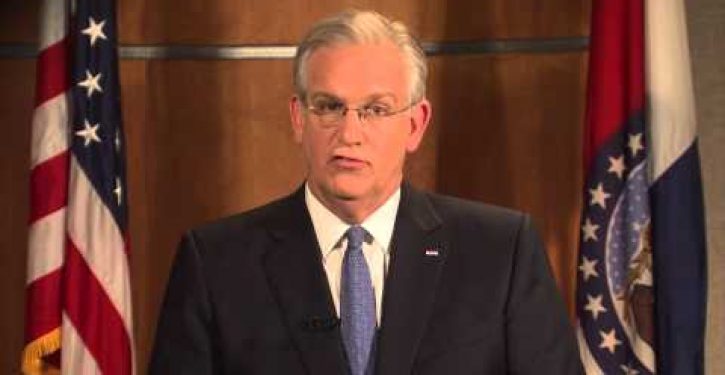 Missouri rock-oriented radio station KFNS-FM, 100.7 “The Viper,” released a news item Tuesday evening that, if true, will destroy the case against Darren Wilson, the officer who shot and killed Brown.

Under the banner headline, “”JUSTIFIED!,” the station reported on its Facebook page:

***BREAKING NEWS*** Remember, you saw it and heard it here first. We have heard (from a VERY connected national media source) that Ferguson officer Darren Wilson will be cleared in the shooting of Michael Brown. The key: Dorian Johnson has now admitted that Michael Brown attacked Officer Wilson and attempted to take his gun. OFFICER WILSON WILL NOT BE CHARGED! This is scary. When this news is made official, we all have reason to be concerned about the reaction.

Johnson’s prior testimony that Wilson shot Brown in the back while running away from the officer was cast in doubt after autopsy reports indicated he was shot in the front.

Since the Ferguson, Mo., shooting, that area has become the scene of nightly looting, vandalism and racially-charged demonstrations. The vast majority of the demonstrators have called for the officer’s arrest.

In a video address released Tuesday, even Missouri Gov. Jay Nixon, a Democrat, has called for Wilson’s “vigorous prosecution.”

Readers should be cautioned that the radio station’s breaking news item has so far been uncorroborated.

Bam! Perry comes out swinging #LikeABoss, turns mug shot into glamor shot (Video)
Next Post
Rich people get nicer stuff than people not as rich, and it’s no fairs