Google prides itself on being environmentally friendly, but a solar thermal power plant co-owned by the Internet company and two energy companies is incinerating more than 1,000 birds every year.

But redirecting the power of the sun has come at a sizable cost in terms of bird life. The Associated Press reports that environmentalists estimate that “about a thousand… to 28,000” birds are incinerated by heliostats every year.  As noted in a previous column, the energy array has temporary blinded a number of commercial airline pilots with the misfortune to fly over it.

Last year, federal regulators discovered that Ivanpah was incinerating birds hunting for insects over the solar facility. A report by U.S. Fish and Wildlife Service (FWS) investigators described the plant as a “mega-trap” that attracts “insect-eating birds, which are incapacitated by solar flux injury, thus attracting predators and creating an entire food chain vulnerable to injury and death.”

The FWS investigators found the leading cause of bird deaths at Ivanpah was “solar flux” — basically, birds were incinerated as they flew over the plant. FWS agents were told by plant employees that birds being incinerated were called “streamers.”

The the FWS report stated:

Forensic Lab staff observed a falcon or falcon-like bird with a plume of smoke arising from the tail as it passed through the flux field. Immediately after encountering the flux, the bird exhibited a controlled loss of stability and altitude but was able to cross the perimeter fence before landing.

The project went online at the beginning of this year and received large amounts of praise from the Obama administration — the Department of Energy gave Ivanpah a $1.6 billion loan guarantee in 2011. Said Energy Secretary Ernest Moniz:

This project speaks for itself. Just look at the 170,000 shining heliostat mirrors and the three towers that would dwarf the Statue of Liberty.

Ivanpah is the largest solar thermal energy facility in the world with 392 MW of capacity — meaning it can produce enough renewable electricity to power nearly 100,000 homes.

But environmentalists have pressed the government to come up with ways for the project to mitigate its environmental impact. FWS officials have even pressed California to halt efforts to build a bigger solar thermal plant in the desert until the full environmental impacts of Ivanpah can be accounted for.

For companies like Google, who pride themselves on being eco-friendly, the news could be a thorn in their sides. Google invested $168 million into the Ivanpah solar plant, which they say will demonstrate “a critical step for the technology on a path to reliable, low cost, clean power.”

The company says it gets 34% of its electricity from green energy sources and buys green energy credits to ostensibly offset their use of fossil fuels and non-green energy from which they get 66% of their power.

Google did not respond to The Daily Caller News Foundation’s request for comment.

One of Google’s partners in the Ivanpah project, however, told the AP they are taking the issue of bird killing seriously.

Officials at the solar array have disputed some environmentalist and FWS concerns. The AP reports that Ivanpah officials said “at least some of the [streamers] mark insects and bits of airborne trash being ignited by the solar rays.”

Both FWS and environmental groups want to track how many birds are being killed at the facility every year. But biologists are saying there is really no feasible way to curb the number of birds deaths from Ivanpah.

Congressional Democrats frustrated over Obama’s disengagement
Next Post
Reporter asks of Clinton: ‘Who gets to hold her crown while she speaks?’ 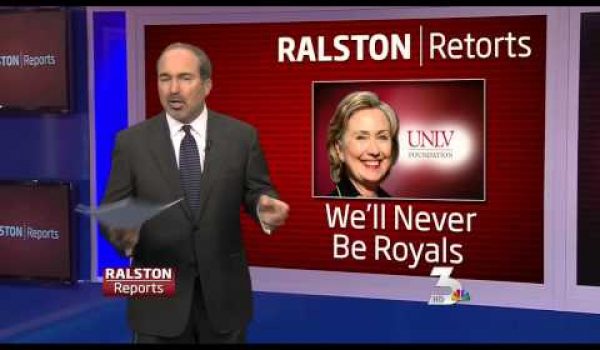