Activists from the San Francisco area BDS movement (Boycott, Divestment, Sanction) against Israel pulled a stunt over the last two and half days in Oakland, over which they are crowing loudly at the moment.  It isn’t likely to amount to much.  But it has revealed, as such events do, the links among radicals and terrorists.

Operating under the slogan “Block the Boat,” the BDS groups put together a demonstration at the port of Oakland, intended to prevent the longshoremen who work there from unloading cargo from the ZIM Piraeus, a ship operated by ZIM America Integrated Shipping Lines.

ZIM is the main Israeli shipping company.  ZIM Piraeus is probably carrying little if any cargo that originated from Israel; ZIM is a global company which provides shipping services to contracting customers, and ZIM Piraeus is transporting cargo from the duty free zone at the port of Colon, Panama to Oakland.  (ZIM Piraeus left Colon on 7 August, according to online ship tracking sites.  Prior to Colon, ZIM Piraeus was in Kingston, Jamaica on 4 August; Halifax, Nova Scotia, on 31 July; and Newark, NJ on the 29th.  She went to Newark in July from Colon.)

ZIM Piraeus isn’t Israeli-owned or flagged, incidentally.  The owner is Costamare, Inc., a Greek-headquartered fleet operator incorporated in the Republic of the Marshall Islands.  (ZIM Piraeus, a Panamax container ship, was built in Greece too.)  Costamare, Inc. has ZIM Piraeus registered (flagged) in Hong Kong.  ZIM America contracts with Costamare to manage and operate ZIM Piraeus.  The ship’s crew would be an international mix of mariners, and quite probably has no Israelis at all.

Given the ship’s stop in Colon before heading to Oakland, the most likely origins of any cargo she’s carrying to Oakland are China and the nations of Latin America.  The companies expecting the cargo are, of course, in the United States.

ZIM Piraeus was reportedly supposed to dock on Saturday, but appears to have delayed her arrival because of the protests, which began prior to the originally scheduled arrival time.  Today’s protesters may not remember this, but ZIM undoubtedly does: in 2010, when protesters in Oakland sought to interdict the offloading of another ZIM-contracted cargo ship, the ship delayed her arrival and was able to unload cargo with no problem.  The protesters succeeded only in preventing an innocent Chinese cargo ship from unloading her cargo.

So ZIM tried the delaying tactic again.  Piraeus didn’t enter port until Sunday afternoon (the 17th).  The protesters were still there, however, and in a triumph of prior coordination, the longshoremen’s local, ILWU 10, decided not to brave the protesters to get to their shift, deeming the demonstrators’ presence to create an “unsafe environment” for the workers.  (Late-breaking: as this goes to post, tweets from activists on scene indicate the longshoremen declined to make their shift for the second day in a row.)

#BlockTheBoat successful for third day in a row! All workers gone home. The Israeli ship has been blocked for #gaza pic.twitter.com/kgS1c2iAmL

Under normal circumstances, the port operator and the longshoremen’s union would have an arbiter adjudicate such a situation, since the longshoremen would be bound contractually to show up for work and unload the ZIM Piraeus’s cargo.  There would be a third party imposing some accountability on the union.  But this is one of a handful of reasons why the current BDS triumph is likely to have little impact.  The longshoremen’s contract expired on 1 July, and they’ve been working in the weeks since without one.  That makes their status a gray area – but it’s a condition specific to the present moment.

The customers of ZIM America – the companies trying to get their cargo delivered – would be the first parties to want to sue someone for losses suffered in this incident.  But they wouldn’t be the only ones.  ZIM America could seek redress from the port operator.  The port operator is SSA Marine, and it may or may not want to initiate an action of some kind against the union – or perhaps against the protesters.

The struggling economy has hit port operators and port services unions as hard as anyone else, and since they remain in the middle of what have so far been amicable negotiations over a new contract, SSA Marine probably doesn’t want to add a quasi “picket-line bust” or similarly freighted action to the mix, and the longshoremen probably aren’t anxious to extend their period of limbo without a contract.  Both sides have mainly the good faith of the other to rely on at the moment.  SSA Marine is represented in the negotiations by the regional owners’ group, the Pacific Maritime Association, which is trying to conclude a new contract for all the West coast port operators and shipping companies – including ZIM America.  Owners and labor all have strong motivation to write this incident off as a one-time annoyance, and move on.

The ILWU (International Longshoremen and Warehouse Union) does have a unique history of showing solidarity with organized radicals as well as with other unions, a history that has been made largely in the San Francisco Bay area, Seattle, and Vancouver.  The ILWU split from the AFL-CIO – at the umbrella body’s request – in 2013, in part because of this very pattern.

But a very big thing has not happened in this latest iteration of BDS anti-cargo activism, and that’s spreading the BDS fever to the port facilities – and union workers – in southern California.  The Oakland port processes a healthy 9% of all the tonnage handled in the major West coast ports.  But the four main southern California ports – the behemoths of Los Angeles and Long Beach, and the ports of San Diego and Port Hueneme – between them process 64% of all the West coast tonnage.  Los Angeles and Long Beach alone account for 60%.

The BDS movement doesn’t have a triumph to claim in SoCal.  The very most the Bay-area BDSers are likely to do, if they can manage to hold out long enough, is divert some minute percentage of container traffic to SoCal.  Even if they only succeed in diverting it to other NorCal ports (of which there are several, and all hungry), they will be doing the economy of Oakland no favors.

Shippers are in any case already worried about conditions up and down the coast, given the lack of a current contract for the ILWU workers.  Although it’s possible to make ZIM America take a relatively minor loss in the short run, what the BDSers would do, if they hung in there for days or weeks and made problems for the port, is drive all freight-moving contractors further away from West coast ports, and even, more generally, from the seaborne container shipping on which thousands of American jobs depend.

The other shippers, meanwhile, may or may not have political sympathy for ZIM, but none of the shippers likes the idea of radicals singling out one shipping firm for political reasons.  That could happen to anyone.

Ultimately, whatever the ILWU 10 local may want, the other union leaders up and down the coast have a main priority of keeping their members in good jobs with good benefits.  (The parent union also has purse strings to pull on compensation, for workers in a local that doesn’t work its shift.  ILWU 10 can’t keep this up indefinitely.)

It’s not in the union’s interest to see the Oakland situation develop into a standoff in which SSA Marine has to consider bringing in picket-line crossers.  The “picket line” in question isn’t a labor picket line.  And the ILWU is no longer affiliated with the AFL-CIO, so it lacks that political backing; if politicians got involved with this as a political-economic issue for their constituents, the commitment of even Bay-area stalwarts like Barbara Boxer and Jerry Brown to “Palestinian” radicalism would fail the test.

The BDS activists are the most expendable comrades in this mix – and even the most radical-friendly unions can probably be divided from them if push comes to shove. That said, readers will not be surprised to learn that the usual suspects showed up for the protests this weekend.

One Tweep, using the hashtag #BlocktheBoat, was way into the cool Black Panther flag being waved by some of the protesters.

Another, urging people to come out and swell the dwindling crowd on Monday evening, wanted to make sure they were bringing plenty of U.S. flags to burn.

If you’re by Oakland #BlockTheBoat needs more people. Bring US flags to burn, or blankets. Sounds like its a little chilly.

(There was, apparently, a noticeable loss of participation by Monday evening.)

At the port, more police than protesters #BlockTheBoat

Perennial BDSer Paul Larudee, co-founder of the Free Palestine Movement, managed as usual to convey false information about what was going on.

And, as CIF Watch points out with photographic evidence, there were the inevitable protesters waving a Hamas flag, ranged alongside the mere “pro-Palestinians” and assorted anti-globalists and Occupy activists.

Note the huge #Hamas flag being waved at the front of the #BlockTheBoat protest. pic.twitter.com/YhZ2WaWHth — CiF Watch (@CiFWatch) August 18, 2014 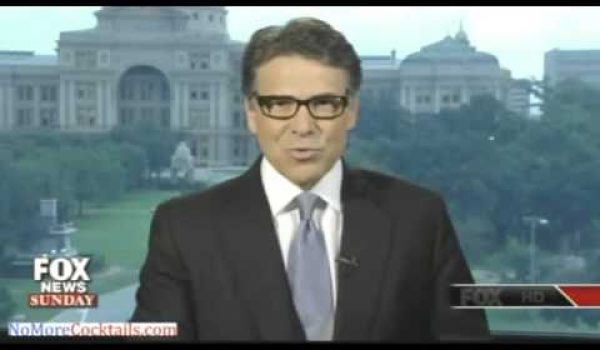 The damages resulting from Rick Perry’s indictment may go on forever (Video)
Next Post
Michael Brown, Ferguson MO, and the real blacks who ‘get it’