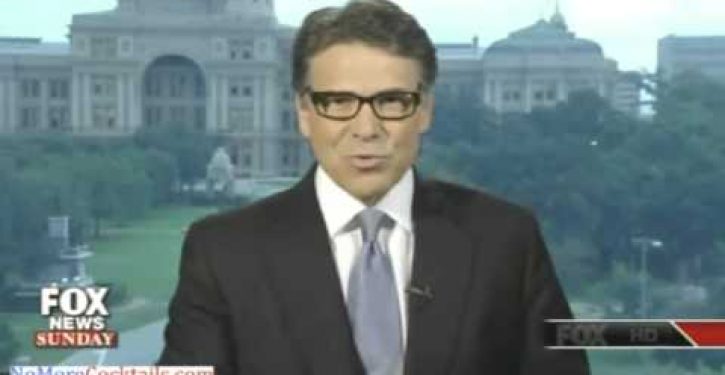 Although Texas Governor Rick Perry’s grand jury indictment delivered to him on Friday will most assuredly result in an acquittal, the damage will be eternal.

Perry appeared on Fox News Sunday to respond to his two-count abuse of pawer and coercion of a public official charges. He told guest host and Fox News anchor Shannon Bream that it amounted to little more than a political stunt by his rivals.

As the prosecutor for Travis county, Lehmberg heads the county’s corruption unit. Perry vetoed funding for that unit when she refused to resign after her drunk driving conviction.

“I think it’s important for people to understand the details of this,” Perry told Bream. “And the D.A., the highest ranking prosecutor in Travis County, who also has oversight for state officials — this individual was stopped driving while drunk. She had almost three times the legal limit of alcohol, .238 I believe is what it was.

Perry also received plenty of support from members of his own party, including former Alaska Gov. Sarah Palin, who tweeted:

She followed up with a Fox News commentary.

“I don’t worry about Perry, personally, in all this because he’ll have a microphone plus millions in people and dollars to mount a strong defense at the courthouse and in the court of public opinion,” she wrote. “But what we should all worry about is that the left doesn’t care about the end result, they only care about immediate headlines in their strategy to destroy a person.”

While I agree that Perry will be acquitted, I suggest that the damage to the governor will last far longer than the “immediate headlines.”

Perry’s name has been mentioned as a strong contender for the 2016 Republican presidential primary. He himself hinted at a run after his failed 2012 attempt, calling America a country of “second chances.”

Here’s the rub. At some point in the near future, he’s going to have to turn himself in for booking and arraignment on the charges. That includes the taking of a mug shot.

If selected as the GOP’s presidential candidate, all the Democratic Party has to do is flash the frontal and side view of the governor holding a placard stating “Travis County Sheriff’s Department” along with a booking number.

The damage may well go on forever. If this happens, America will have lost a leader of integrity. 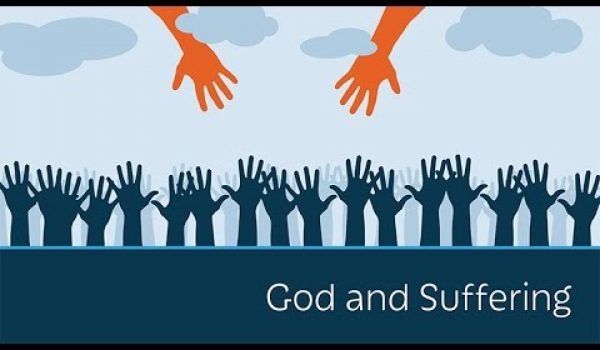 Video: Prager U on God and suffering
Next Post
Anti-Israel BDS nuttery at the port of Oakland